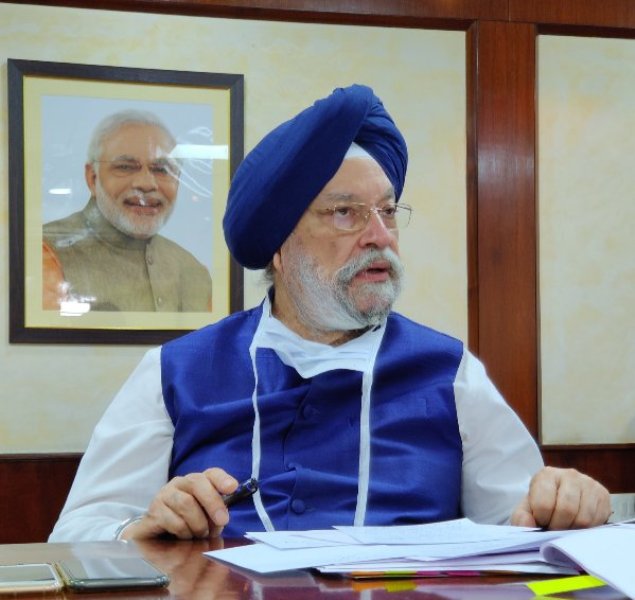 In order to resolve the concerns raised by the state governments, Civil Aviation Minister Hardeep Puri held a marathon meeting, which started in the morning and continued till late at night, said media reports.

According to a Hindustan Times report, official sources said terms and conditions for operating domestic flights were agreed upon.
The official said state governments like Maharashtra have genuine concerns as it has the largest number of Covid-19 cases. Taking note of this, only 25 flights will operate to Mumbai, the official added, stated the report.
Similarly, West Bengal cited the massive damage caused by cyclone Amphan and the Ministry agreed to delay the flight operations from the state.

“It has been a long day of hard negotiations with various state governments to recommence civil aviation operations in the country. Except Andhra Pradesh which will start on 26/5 and West Bengal on 28/5, domestic flights will recommence across the country from tomorrow. Starting tomorrow, there will be limited flights from Mumbai and as per approved â…“ schedule from other airports in the state. Limited operations to West Bengal will commence on 28th May 2020,” the Civil Aviation Minister tweeted.

“As per request of the state government, operations in Andhra Pradesh will recommence on a limited scale from May 26. For Tamil Nadu, there will be maximum 25 arrivals in Chennai but there’s no limit on number of departures. For other airports in TN flights will operate as in other parts of country,” he added.

It has been a long day of hard negotiations with various state govts to recommence civil aviation operations in the country.

Except Andhra Pradesh which will start on 26/5 & West Bengal on 28/5, domestic flights will recommence across the country from tomorrow.

As per request of state govt, operations in Andhra Pradesh will recommence on limited scale from 26 May. For Tamil Nadu there will be max 25 arrivals in Chennai but there's no limit on number of departures.For other airports in TN flights will operate as in other parts of country

Maharashtra Home Minister Anil Deshmukh pointed out mere thermal scanning would not be enough to determine infection in passengers and in this situation new positive cases were likely to increase the already burdened red zones of the state. He also mentioned the lack of public transport to ply people to their destinations from airport

The West Bengal government had appealed to the Centre to delay flight operations from the state in view of the damage caused by Cyclone Amphan.

It said no flights will operate from Kolkata and Bagdogra Airport till May 28 and has requested the Centre to keep the operation suspended till May 30 for the state.

Tamil Nadu chief minister Edappadi K Palaniswami had on Saturday requested the Union Civil Aviation Ministry to delay flight operations into the state till May 31.