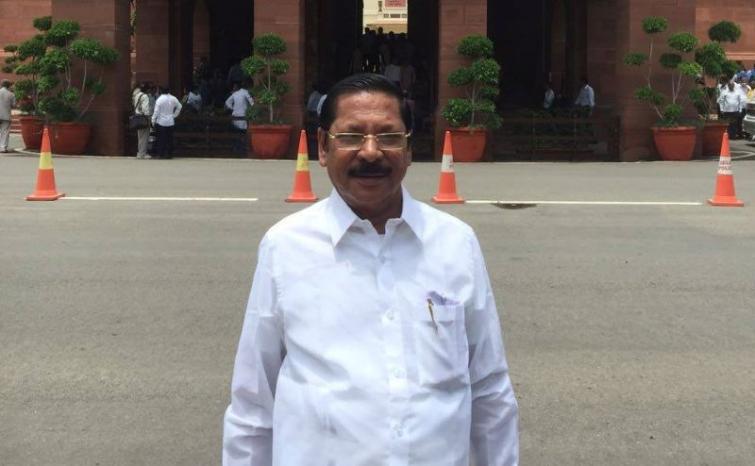 Chennai/UNI: DMK Rajya Sabha member R S Bharathi was on Saturday arrested by the Central Crime Branch (CCB) wing of the Chennai city police under the SC/ST Act for his derogatory remarks against Judges belonging to the Scheduled Castes.

After his arrest early in the morning, he was later produced before the Egmore Metropolitan Magistrate Court which granted him interim bail, citing that his bail plea was pending before the Madras High Court.

He was arrested for his remarks in an indoor meeting at the party office 'Anbagam' on February 15 that Dalit Judges owed their positions to the DMK’s social upliftment policy, which went viral on the social media. He also made some alleged remarks against dalits in the meeting.

On a complaint lodged by Athi Tamilar Makkal Katchi President Kalayanasundaram, Teynampet police registered cases against him under the Scheduled Caste and Scheduled Tribe (Prevention of Atrocities) Act.

The case was later transferred to the CCB wing of the city police. Bharathi, who is also the Organising Secretary of the DMK, was arrested from his residence at Alandur early today, following which DMK cadres staged a protest in front of the City Police Commissioner's office.

Talking to reporters after his arrest, Bharathi said his speech at a function was twisted in the social media.

Stating that he had lodged a complaint against Tamil Nadu Deputy Chief Minister O Panneerselvam alleging corruption in procurement of COVID-19 preventive equipment, he said he was arrested to satisfy someone else.

Earlier, Bharathi had moved the High Court seeking a direction to the Principal Sessions Court to consider his bail application, the day he chooses to surrender before the police.

His plea would come up for hearing on May 27.

He also submitted that the leaked remarks could not be read in isolation without listening to his entire speech.

DMK President M K Stalin condemned the ruling AIADMK for arresting the RS MP despite he giving an explanation and expressing regret for his remarks.

Condemning Chief Minister Edappadi K Palaniswami for arresting Bharathi without taking into account that his petition seeking to quash the FIR and to grant him bail was pending before the High Court, he said the arrest was a shameful act and that the DMK would not be cowed down by such acts.

Accusing the state government of failing to control the spread of COVID-19 in the state, especially in Chennai where the cases were increasing, Stalin said the arrest
was a diversionary tactic since Bharathi had levelled corruption charges against the government.

Asserting that the DMK was striving for the upliftment of the SC/ST community and ensuring social justice, he said such childish, half baked acts and misuse of official machinery by the Chief Minister and those who were operating him from a long distance, would not intimidate the DMK.

DMK's ally, the MDMK also condemned the arrest and demanded his release as he had given an explanation and expressed regret for his remarks.