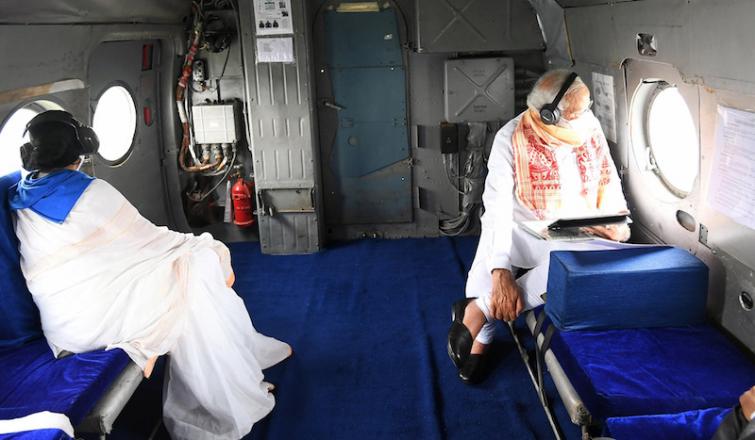 Kolkata/Basirhat/IBNS: To combat the devastating impact of Cyclone Amphan which hit southern parts of West Bengal, Prime Minister Narendra Modi on Friday announced an advance Rs. 1,000 crore for the state after an administrative meeting with Chief Minister Mamata Banerjee. Governor Jagdeep Dhankhar and some union ministers were also present.

Modi also announced Rs. 2 lakh for the kin of the dead in the cyclone and Rs. 50,000 for the injured.

The PM on Friday morning first arrived at Kolkata Airport and then took a common chopper (helicopter) with Banerjee, Dhankhar to reach Basirhat where the administrative meeting was held. 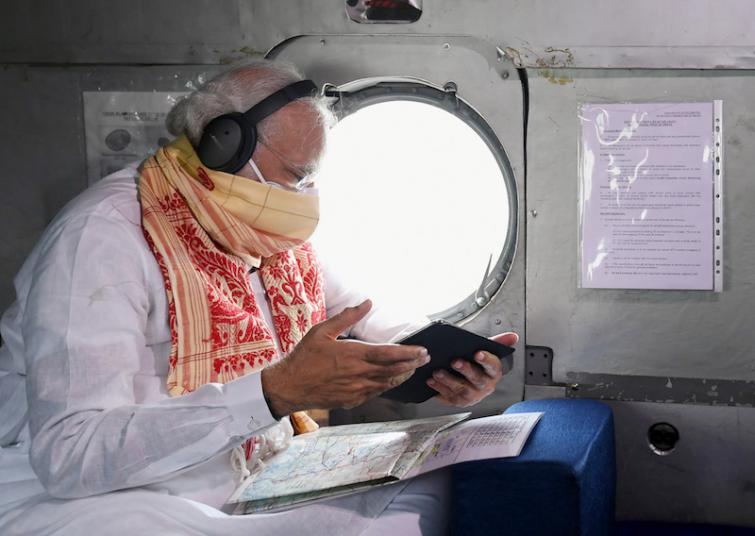 En-route to Basirhat in chopper, Modi as well as Banerjee took stock of the situation and the ground reality after Amphan, which is the second cyclone to be originated in the Bay of Bengal and the strongest since 1737, devastated the state with a calamitous dance of nature for at least six hours, at a time when all frayed nerves were battling Covid-19.

Announcing the economic relief for the state, Modi surprised all with praises for his political foe Banerjee and her state government.

"The ways to tackle Coronavirus and cyclone are completely opposed to one another. While people must remain wherever they are to combat Coronavirus, people need to get displaced before the landfall of a cyclone. Mamata Banerjee-led state government here has tried with every bit to tackle both the crisis along with the central government," said the PM. 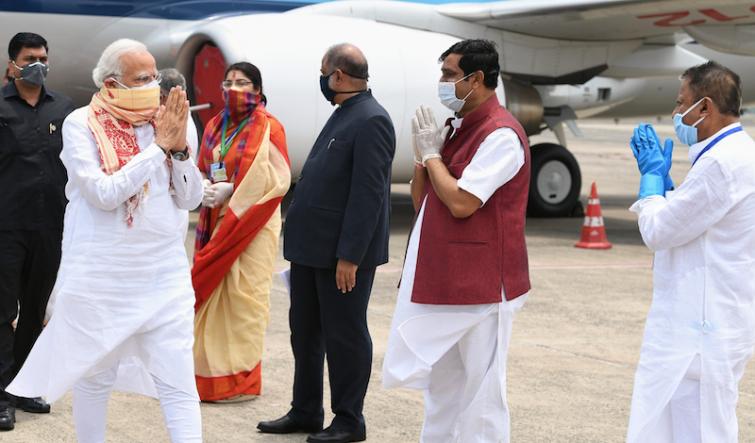 "Even after this, the central government will help West Bengal in every possible way," Modi added almost echoing his yesterday's little delayed initial reaction to the devastation.

Banerjee, who often accused the Centre of not releasing the funds for disasters Bulbul or Fani which was witnessed earlier in the state, apparently looked satisfied while she said, "At this hour of crisis I feel we must work together."

Before receiving Modi at the airport, the CM on Friday described Amphan as a "national disaster".  She was also seen speaking to West Bengal Governor Jagdeep Dhankar with whom she was engaged in a letter war over Covid-19 management till recently. 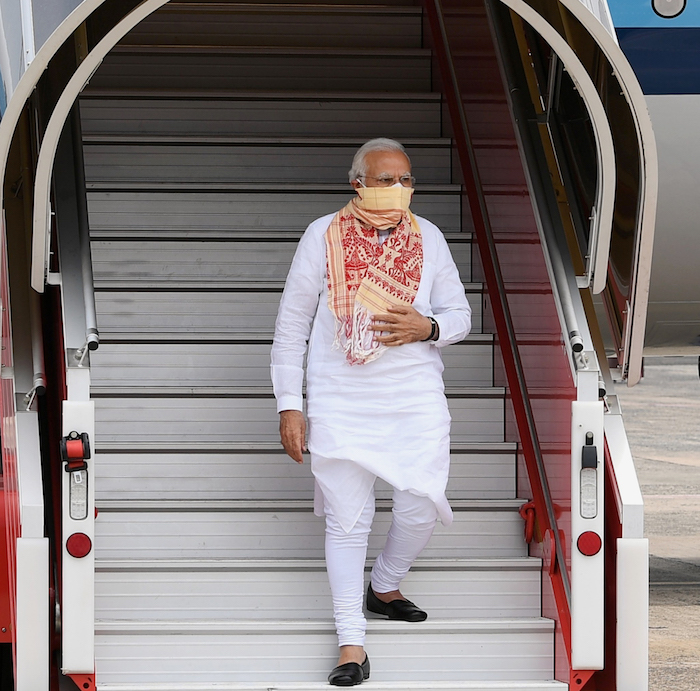 However, Supriyo's party colleague and West Bengal BJP chief Dilip Ghosh was less charitable when he took a dig at the TMC saying the funds must be directly transferred to people's account hinting at the ruling dispensation's alleged corruption at the ground level.

Ghosh also did not forget to remind that the same Mamata Banerjee had opposed to disbursement of central assistance for Cyclone Aila in 2009 when she was a central (Railway) minister in the Congress-led Manmohan Singh government and the state was ruled by the CPI-M.

Cyclone Amphan on Wednesday pummelled the eastern state of West Bengal leaving scores of people dead, countless homeless, besides plunging large parts of the state without electricity, internet connections and other communications. 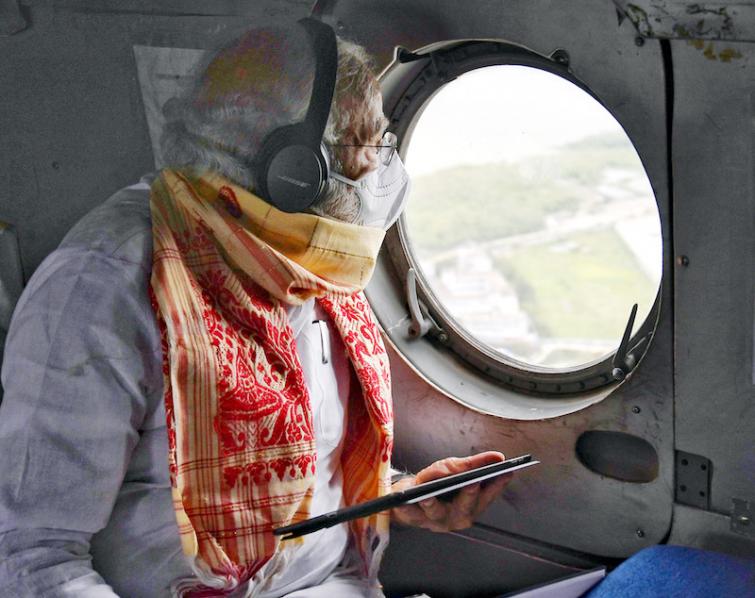 As per latest news, at least 80 people in the state have lost their lives.

Water and electricity supply, phone and internet connections are still not normal in vast parts of the state including its capital city Kolkata.

"Electricity will only get normal if uprooted trees are displaced," said state's Power Minister Sovandeb Chattopadhyay on Thursday. 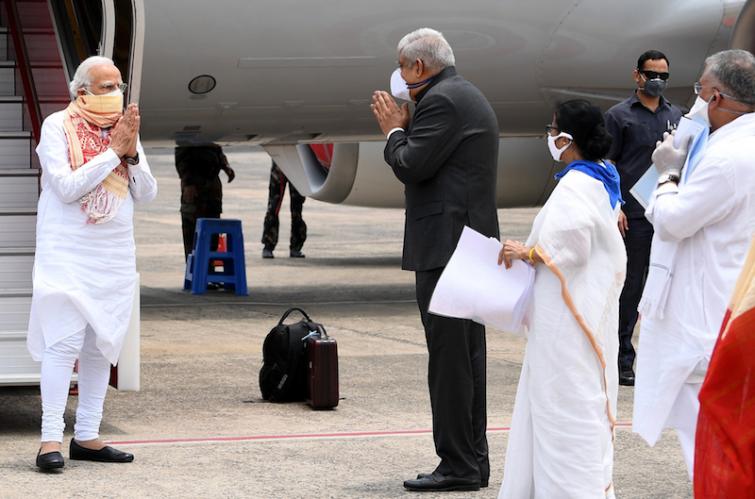