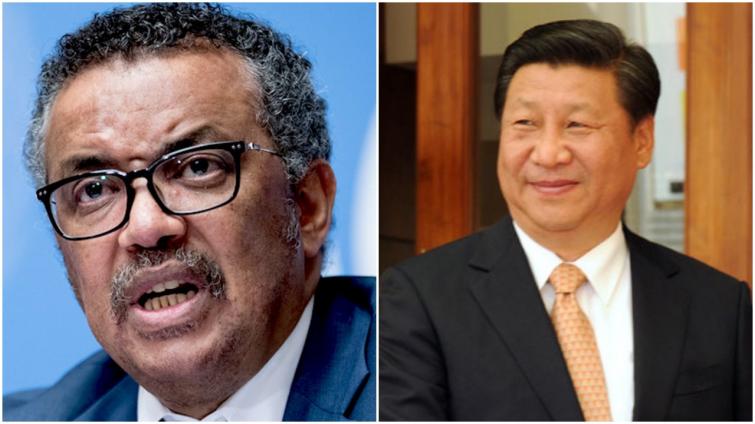 India backs draft resolution by 62 countries to investigate the origins of COVID-19 in WHO annual meet on Monday: Report

New Delhi/ IBNS: India has expressed support for the demands to investigate how the Sars-CoV-2 virus that causes Covid-19 was transmitted to humans from animals and conduct an 'impartial' investigation of World Health Organisation's response to the pandemic, according to a draft resolution for the annual meeting of WHO starting tomorrow, said a Hindustan Times report.

The push for the inquiry is led by the European Union and Australia and this is the first time India has pronounced its support for such a move.

World Health Organisation and its director-general Tedros Adhanom Ghebreyesus have been accused of playing along with China till the virus spread to a considerable part of the world and its containment became a challenge for even the most advanced economies. Ghebreyesus, who is a former minister of Ethiopia, became the WHO chief with the backing of China, in 2017.

China has been repeatedly accused of developing the virus in its Wuhan based laboratories, mishandling of COVID-19 outbreak, hiding information related to the outbreak from the international community and making the World Health Organisation (WHO) its ally in covering up the mess.

In March China had blocked a draft to discuss the pandemic at the UNSC. The draft composed by Estonia included growing criticism that China is hiding vital details about origin about the Virus, making China uncomfortable over the terminology of the draft.

More recently, an EU report has accused China of spreading disinformation on the health crisis.

US President Donald Trump and US Secretary of State Mike Pompeo, too, have accused China of developing the virus in its Wuhan based laboratories.

On the other hand, World Health Organisation has strongly opposed the accusation which has led to the suspension of its funding by the US.

Diplomats in Geneva told Hindustan Times that the draft resolution signed by 62 countries including Bangladesh, Canada, Russia, Indonesia, South Africa, Turkey, the United Kingdom and Japan is an effort to transparency and accountability for the spread of the deadly disease which has forced the entire world to go under lockdown leading to an economic and humanitarian crisis in many parts of the world.

According to the report, the draft asks WHO director-general to work with the World Organisation for Animal Health to conduct “scientific and collaborative field missions” and “identify the zoonotic source of the virus and the route of introduction to the human population, including the possible role of intermediate hosts”.

It also asks the WHO chief to start, “at the earliest appropriate moment”, a stepwise “impartial, independent and comprehensive evaluation” to review experience gained and lessons learned from the WHO-coordinated international health response to Covid-19, the report added.

The document also says that this should include an evaluation of the effectiveness of the mechanisms at WHO’s disposal and “the actions of WHO and their timelines pertaining to the COVID-19 pandemic”, stated the Hindustan Times report.

It also asks the countries to provide “timely, accurate and sufficiently detailed public health information related to the COVID-19 pandemic as required by the international health regulations", the report said.

Since the WHO leadership has opted for a short agenda for the virtual meeting tomorrow, it is not clear how the draft resolution would be discussed, said the report.