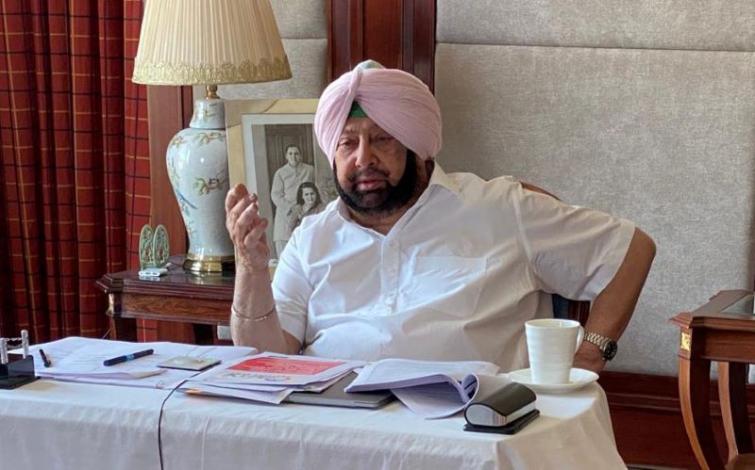 Punjab govt concentrating on home delivery of liquor, not on grains received from Centre, slams BJP

Moga/UNI: Slamming the Capt Amarinder-led Congress government for concentrating on home delivery of Liquor and ignoring the distribution of foodgrains and pulses received from the Centre, the BJP on Saturday said that this shows the mindset of Congress leaders, who were not bothered about the plight of people facing tough times, due to the pandemic situation in the state.

According to National Vice-President of BJP, Tarun Chugh, the plain-speak by Union Minister Ram Vilas Paswan has exposed the lies of the Chief Minister and his Ministers, who were finding excuses to shift the blame on the Centre.

''This is unfortunate and shameful that Punjab government chose to be so insensitive that it could not arrange the distribution of foodgrains supplied by the Centre, even after 40 days of having received the same.

''The Centre supplied 70,725 tonnes of foodgrains for free distribution during the first lockdown and sadly, the government could not get it delivered even during the third lockdown,'' the BJP leader pointed out.

The Punjab government has distributed the food grains to 1.38 lakh people, which comes to just one per cent of the total 1.41-crore population of the state, he added.