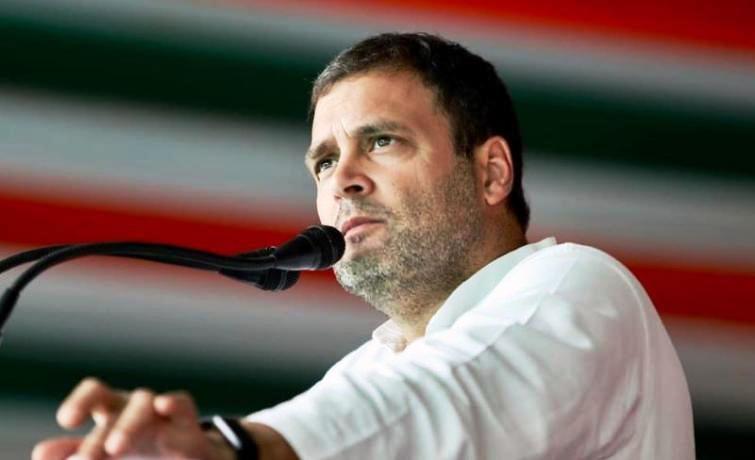 New Delhi/IBNS: After the White House on Wednesday "unfollowed" the Twitter accounts of President Ram Nath Kovind and Prime Minister Narendra Modi, Congress leader Rahul Gandhi said he was "dismayed" by the development.

"I'm dismayed by the "unfollowing" of our President and PM by the White House. I urge the Ministry of External Affairs to take note," the Congress leader tweeted.

I'm dismayed by the "unfollowing" of our President & PM by the White House. I urge the Ministry of External Affairs to take note.

In an apparent dig, another Congress leader Gaurav Pandhi, a member of the party's social media cell, too, asked on several social media, under the hashtag #WHBlocksModi.

"Why has White House unfollowed Prime Minister and President of India on Twitter?" he questioned.

Govt owes an explanation to people!

WHY HAS WHITE HOUSE BLOCKED PM MODI ON TWITTER?#WhiteHouseBlocksModi

However, the White House has already clarified why it unfollowed the handles of Indian Prime Minister and President.

Explaining the reasons for unfollowing the Twitter accounts of Prime Minister Narendra Modi, President Ram Nath Kovind and other Indian officials, the White House has said it follows the officials of the host countries in the micro-blogging site briefly during the US President's state visits, media reports said.

The official Twitter account of The White House, which is the residence and workplace of the United State's President, has 'unfollowed' Modi, Kovind, the Prime Minister's office, the Indian Embassy in the US, the US Embassy in India and the US Ambassador to India, Kenneth Juster.