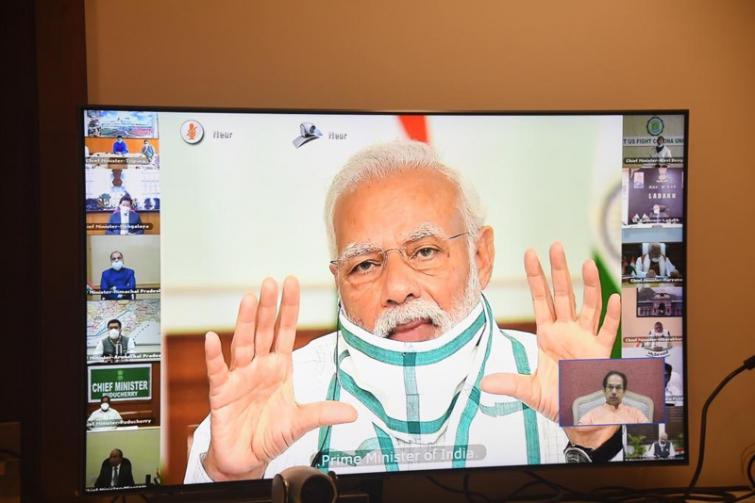 New Delhi/IBNS: In a meeting with several Chief Ministers via video conference, Prime Minister Narendra Modi on Monday reportedly said the anti-Coronavirus lockdown is likely to continue in the districts which are affected with the contagion post May 3.

The economic activities are likely to resume in green zones where no Covid case is reported as the Centre is planning an exit from the lockdown mode.

Meghalaya Chief Minister Conrad Sangma told media that "the overall mood of the lockdown will continue".

The meeting was given a miss by Kerala CM Pinarayi Vijayan who has sent his Chief Secretary to hear from Modi who is accompanied by Union Home Minister Amit Shah, Health Minister Dr. Harsh Vardhan and several top officials during the video conference.

India, a country of 1.3 billion people, is going through an unprecedented 40-day lockdown which was initially called for three weeks.

To stem the spread of the pandemic virus, Modi on Mar 24 had announced a lockdown of 21 days but he was left with no other option but to extend it till May 3 in the wake of the further surge in Covid-19 cases.

Keeping in view of the humanitarian crisis caused by the shutdown which has left the daily wagers and migrant labourers to suffer, the central government has announced several relaxations post Apr 20.

The relaxations, however, have barred opening of barbers' shop, salons, beauty parlours, restaurants.

As per the government update, 27,892 people including 6,185 cured and 872 deceased have so far been infected with the contagion in India.