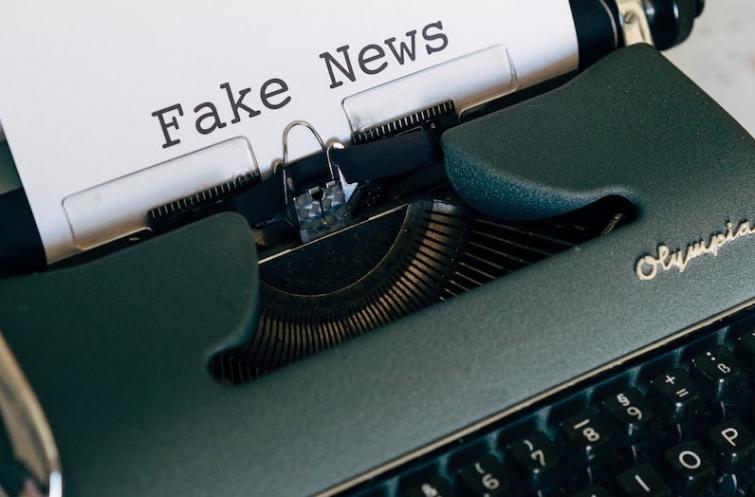 COMMENTARY: Fake News in the times of Corona: Fighting the â€˜Infodemicâ€™

The world is fighting a pandemic which is taking human toll every day. COVID-19 has led to lockdowns across continents. The global economy has plunged into a recession endangering livelihood and jobs of millions. In India, we are anxiously looking at a gradually increasing number of patients and deaths as government at the centre and the states strive hard to flatten the curve. We are fighting another battle too.

The enemy is not a novel virus but fake news. In a time when migrant labourers are anxious to return home, daily wage earners have to forego their earnings and people staying at home are longing to return to normal life, fake news creates utter confusion.

A normal Indian is cursing a situation which they have been subjected to by a virus that travelled into the country. Highly contagious coronavirus has put a brake on human activity and we are suddenly looking at an impending economic crisis. In a country where there is diversity in all aspects, in the words of Rajdeep Sardesai, a billion aspirations are clashing with a million mutinies.

Fake news spread like wildfire and paralyze sane thinking. As the pandemic gradually widened its footprint in the country fake news were churned out leading to instances of stone-pelting, hatred against communities and migrant labourers thronging the streets in a bid to return home. The fake news stories were circulated across social media and word of mouth.

Medical facts were twisted forcing governments to issue advisories against fake news and rumours. Starting from the origin of the novel coronavirus to the possible medications, stories were churned out.

As the central government and the state governments started issuing guidelines to combat the pandemic suddenly stories were doing round in social media that chicken can be a potential carrier of the virus leading to a drastic reduction of poultry sale.

Stories concerning chicken refused to die until April. A newspaper clipping was circulated across social media which claimed that Bihar Health Department has found coronavirus in the poultry chicken samples that they tested.

A reality check by the fact-checking website Boom revealed that no such reports were published by Hindi daily Dainik Jagaran and the Department of Animal Husbandry & Dairying; Bihar also confirmed that no such testing was done.

Fake news was also circulated across social media that WHO and the Indian government have issued advisories not to use water toys or pichkaris and colours made in China during the Holi festival. A fact check by Boom found that no such advisory was issued on the part of the Indian government or the WHO.

Fake news alert on Boom website ranged from migrants gathering near Mumbai’s Bandra railway station given a communal spin, rumours spread over whatsapp and word of mouth leading to locals of Haldwani protesting the collection of samples from an Imam of the local mosque.

Some of the other samples are:

This post has neither been said, nor written by me. I urge you to verify media circulated on WhatsApp and social platforms. If I have something to say, I will say it on my official channels. Hope you are safe and do take care. pic.twitter.com/RNVL40aRTB

Fake news is serious business and this compounds the problem further. As Timothy Maclaughlin puts it, Whatsapp has emerged as one of the major platforms for false stories and hate speech in India.

Abby Ohlheiser in The Washington Post observes that social media fake news writers make money from advertisements provided by self-service and technology of companies like Google and Facebook.

It’s all about drawing traffic to your content and once the post is viral you make some easy money! Facebook of late, have woken up to this serious problem and has acknowledged the need to disrupt economic incentives as most false news is financially motivated.

To add to the problem of economic gain is political parties. Elections are bitterly fought these days and the stakes are high. Fake news is carefully crafted to put forward an agenda.

The world is passing through a tough time and the days post corona will be economically and socially challenging. The spread of fake news is as deadly as the novel virus. India has been aggressively countering the pandemic imposing a much needed early lockdown. The need of the hour is to equally combat fake news.

This infodemic can trigger social unrest at a time when social distancing is the only solution. It’s heartening to know that 70 coronavirus vaccines are under development wish we found a vaccine to fake news soon!


(Dr Soumya Dutta is Assistant Professor, Dept of Journalism & Mass Communication, Loreto College, Kolkata. He can be reached on  soumyadutta.dutta@gmail.com)