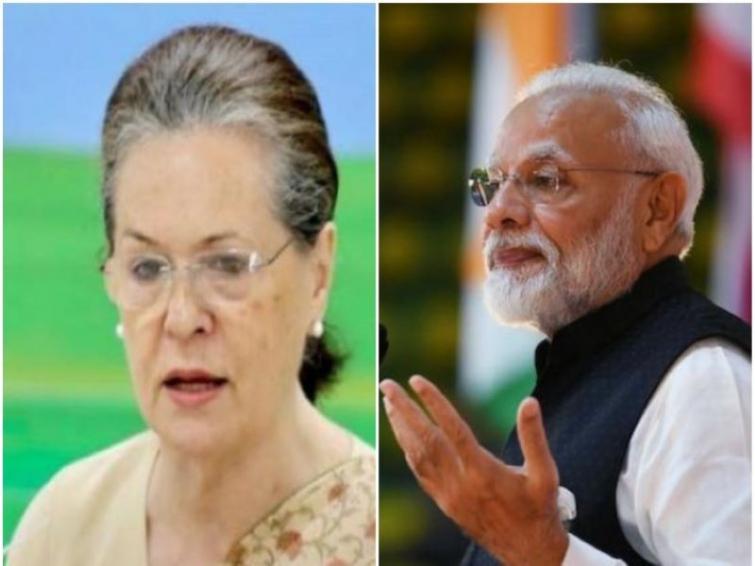 New Delhi/UNI: Congress interim president Sonia Gandhi on Thursday said the NDA government at the centre still does not have a clear idea how the situation will be managed after the lockdown ends after May 3.

She has also expressed concern over the continued low level of testing in the country for COVID-19.

She has also accused the ruling BJP of spreading the virus of communal prejudice and hatred at the time when the country is facing the crisis due to outbreak of Coronavirus infection.

"The lockdown continues and all sections of our society continue to face acute hardship and distress—particularly our kisans and khet mazdoors, migrant labour, construction workers and workers in the unorganized sector. Trade, commerce and industry have come to a virtual halt and crores of livelihoods have been destroyed.

The Central Government does not appear to have a clear idea on how the situation will be managed after May 3. A lockdown of the present nature after that date would be even more devastating," Gandhi said in her opening remarks at the CWC meeting.

Terming low testing in the country as a continued matter of concern, Gandhi said, "We have repeatedly told the Prime Minister that there is no alternative to testing, Trace and Quarantine programme. Unfortunately, testing still remains low and testing kits are still in short supply and of poor quality. PPE kits are being provided to our doctors & healthcare workers but the number and quality is poor."

"When we should be tackling the Coronavirus unitedly, the BJP continues to spread the virus of communal prejudice and hatred. Grave damage is being done to our social harmony. Our party, we will have to work hard to repair that damage," she added.

Gandhi said that despite her several communications with the Prime Minister since the enforcement of lockdown in which she had offered several suggestions to alleviate condition of the underprivileged sections, the migrant labourers and the MSMES, the government has failed to act on several of the suggestions.

"Since the lockdown commenced on March 23, I have written several times to the Prime Minister. I offered our constructive cooperation and also made a number of suggestions to alleviate the suffering of both rural and urban families. These suggestions had been formulated on the basis of feedback we have been receiving from different sources, including our Chief Ministers.

Unfortunately, they have been acted upon only partially and in a miserly way. The compassion, large-heartedness and alacrity that should be forthcoming from the Central Government is conspicuous by its absence," she said.