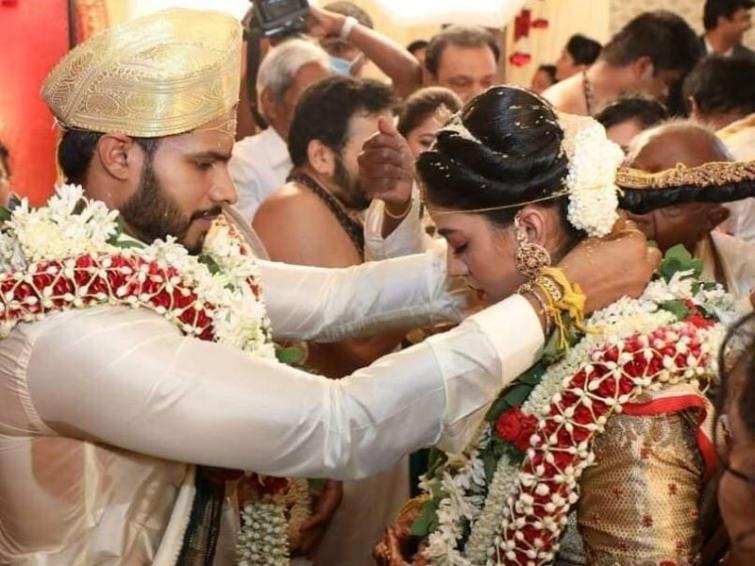 Though the marriage ceremony, which saw only family members, was earlier planned to be organised in Bengaluru, later Kumaraswamy decided to carry on with the wedding plan at some kilometers away from the capital city of Karnataka amid the Coronavirus spread. 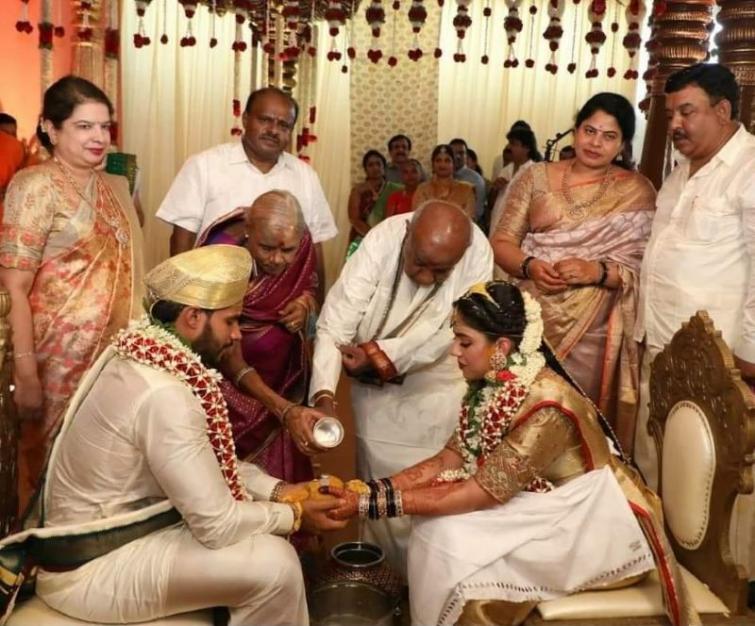 The ceremony, which followed all traditions, was reportedly held at a farm house in Ramanagara in the southern state.

The ruling Bharatiya Janata Party (BJP) reacted sharply to the wedding. Questioning the wedding preparations, Karnataka Deputy Chief Minister Ashwath Narayan on Thursday said actions will be taken against Kumaraswamy if lockdown guidelines were not followed during the wedding.

Nikhil, an actor-turned politician, had unsuccessfully contested the 2019 General Elections in the ticket of Kumaraswamy's Janata Dal (Secular) from Mandya.

He is also the grandson of former Prime Minister HD Deve Gowda.