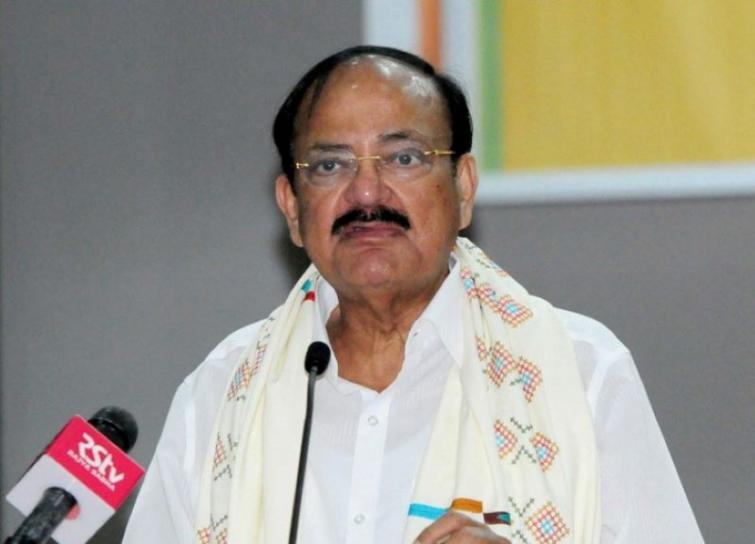 Health concerns to precede over that of economy for post-lockdown roadmap: Vice-President Naidu

New Delhi/UNI: Vice-President M Venkaiah Naidu on Tuesday hinted at the possibility of extension of the nationwide lockdown, saying concerns about the health of the people shall take precedence over that of stabilisation of economy.

Giving his assessment of the completion of the two weeks of lockdown on Tuesday and the way forward, Naidu opined that the next week will be critical for deciding on the exit from the present nationwide restrictions in force since March 25. He said the data regarding the extent and rate of spread of the virus infection will have a bearing on the country's exit strategy.

The country’s leadership is seized of the way forward post-April 14 when the three-week national lockdown in the wake of Coronavirus outbreak ends and the basis of such decision is being debated.

Referring to the consultations between the Prime Minister and Chief Ministers on the exit strategy, Naidu urged the people to abide by whatever decision follows and cooperate with the same spirit that has so far been demonstrated even if hardships were to continue after April 14. He expected that governments will ensure smooth functioning of supply chains and adequate relief and support for the vulnerable sections.

Recalling the overwhelming response of the people to the Janata Curfew on March 22, the nationwide lockdown since March 25 and lighting of candles on April 5, he stressed that it is an indication of the virtue of spirituality that forms the core of Indian ethos.

Elaborating, the Vice-President said spiritual salvation is all about annihilating self-centredness and striving for the good of all and the people of the country have demonstrated this core value in abundance during this hour of crisis and such a spirit will help in overcoming the challenge.

Alluding to the Tablighi Jamaat congregation in the National Capital and its adverse fallout when the efforts for flattening the Coronavirus curve were bearing fruit, Naidu said it was an avoidable aberration and an eye opener to others.

The Vice-President urged the global community to draw right lessons from the present crisis to effectively face the next imminent one by addressing the inadequacies in respect of effectiveness of institutions, infrastructure, information sharing, international cooperation and individual actions, an official release here said.