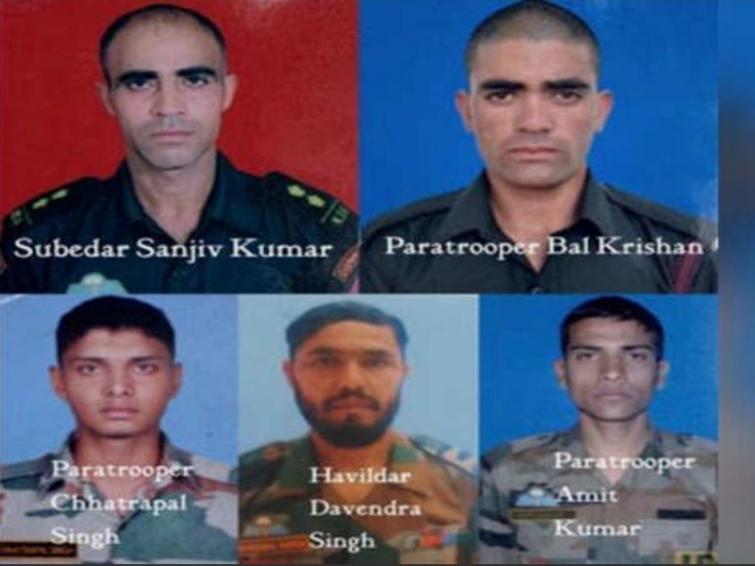 Kupwara/IBNS: In a brutal hand-to-hand combat, a team of Indian Army Special Forces eliminated five heavily armed terrorists along the Line of Control in a high altitude terrain in Kashmir, said media reports

Unfortunately, all five soldiers were killed in the encounter which happened at a height of 10,000 ft, the reports added.

The squad was deployed after footprints were noticed near the Line of Control on April 1. The operation was named “Operation Randori Behak”, said a Time of India report.

The protective fence which prevents entry of terrorists was submerged under the snow.

For two days, the terrorists were trying to cross to the Indian side taking advantage of the inclement weather, reported NDTV.

At around 1 pm, the army was able to trace the terrorists and recovered five bags but after some time lost contact with the terrorists. After this, more forces were deployed and the area was cordoned off.

The report said, given the challenges in the operation and the altitude, the army called in Para Special Forces, the force trained to fight in highly challenging situations.

Using Unmanned Aerial Vehicle, the terrorists were located and the soldiers were dropped at the site using helicopters, said the report.

"At first light on 5 April, one squad following the footsteps on the snow failed to realise that they were on a cornice. The cornice broke and the soldiers of the Special Forces squad fell into a stream," sources told NDTV.


"As luck would have it, where they fell, the terrorists were sitting right there. This led to a firefight, a close quarter battle at virtually point-blank range," they added.


All five terrorists were killed. However, sadly, the entire squad of five soldiers was also martyred in action.

The reports said that the bodies of the soldiers and the terrorists were found two to three metres apart.

The TOI said, while three soldiers died in action, two others died later in a military hospital in Srinagar.