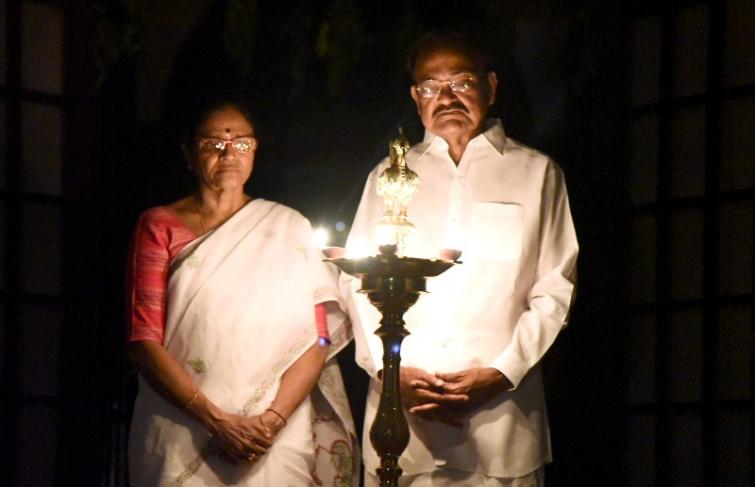 Check urgently the virus of misinformation on COVID-19: Venkaiah Naidu

New Delhi/IBNS: Cautioning that superstitions and hearsay cannot be allowed to weaken our battle against COVID-19, the Vice President of India, M Venkaiah Naidu has described the spread of misinformation, especially on social media, as a “virus” that needs to be checked.

Observing that free flow of authentic information to quell rumours and misinformation is critical, Naidu in a Facebook post said the war on virus cannot be won if we have inadequate or faulty understanding of the magnitude of the problem.

Referring to irresponsible flouting of the precautionary social distancing guidelines in some states and exemplified by the recent congregation in New Delhi, the Vice President underscored the need for greater dissemination of guidelines and stricter implementation.

He said there has to be a greater awareness of the urgency and the scientific evidence about the spread of the virus necessitating a total societal response cutting across caste, creed, class, language, regions and religions.

At the same time, Naidu, said that there has to be a common understanding among all religious groups that  social distancing norms cannot be taken lightly  and there should not be large congregations till the current challenge is overcome. “We hope there will be no more such unfortunate, blatant violations of the prescribed guidelines”, he observed.

The Vice President also called for steering clear of untenable generalisations about communities and not viewing events from the prism of prejudices and biases.

Referring to various measures being taken by all the state governments, the civil society and the private sector to combat the virus, he said the humanitarian work was being ramped up and the hardship of the poor and migrant labour was being mitigated. The states were alive to the farmers’ concerns as far as harvest season is concerned and had planned a series of steps to ensure a smooth harvest operation and procurement of the grains, he added.

Stating that this is no time to relax and a tough struggle lies ahead, Shri Naidu said, “We have to be ever vigilant and fight this menace together. Unity of thought and action and solidarity with all the brave warriors is the need of the hour”.

Asserting that respect and concern for safety of the front-line warriors, especially the medical professionals, is absolutely essential for achieving our objective, he said “ a kind deed, a compassionate gesture, a determined, spirited action to alleviate human suffering can be a major step to move us forward to reach the end of a dark tunnel we are currently transiting.