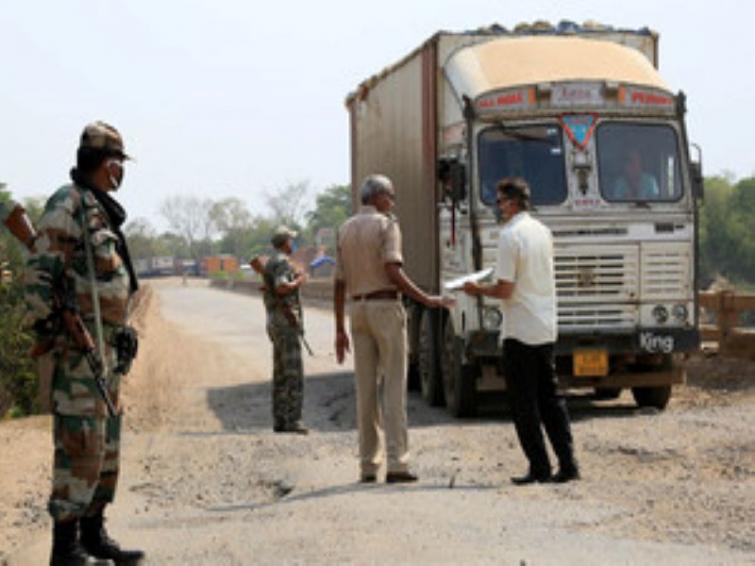 Jalandhar/UNI: Six sections of the Central Reserve Police Force (CRPF) were on Wednesday deployed at vulnerable locations and hot spots of the city to enforce the ongoing lockdown to contain the Novel Coronavirus (COVID-19) pandemic.

Commissioner of Police Gurpreet Singh Bhullar said that out of these six sections four would be deployed at Dilkusha Market and Vegetable and Fruits market at Maqsoodan to ensure that only the people who have been allowed for movement at these places could access it.

He said that both these places, where restricted entry was allowed for the people, have now been sealed by the force and only authorized people having the passes would be allowed to enter at these places.

Mr. Bhullar unequivocally said that no loitering at both these places would be allowed and strict action would be taken by the Police and the para military force against unauthorized persons at these places.

Mr. Bhullar said that both these places have been opened to ensure supply of medicines at retail outlets and of the vegetables and fruits to the people through the retail dealers.

However, Mr. Bhullar said that people have been trying to reach these places thereby flouting the curfew norms and added that it was a serious issue as the curfew has been imposed to check the spread of coronavirus in the city.

He said that this could not be tolerated at any cost as it was not in the larger public interest.

He said that other sections of the paramilitary force would be deployed at the checking points, vulnerable points and others.

Mr. Bhullar said that the Commissionerate Police along with the CRPF has been issued strict orders to ensure compliance of the curfew norms. He also appealed the people to cooperate with the district Police and civil administration for enforcement of the curfew.