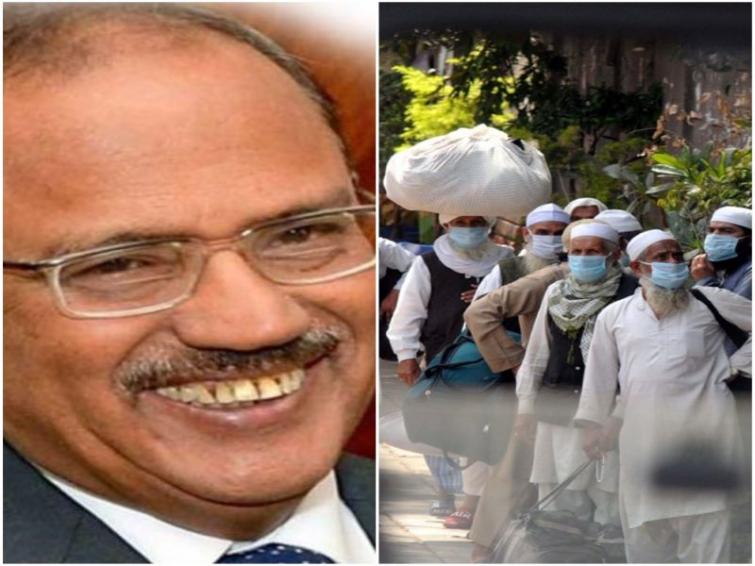 New Delhi/(UNI): National Security Advisor Ajit Doval had  pitched in to resolve the Markaz crisis when the head of Nizamuddin Markaz Maulana Saad refused entry of Delhi Police to get the mosque evacuated in the intervening night of March 28-29, the officials said here on Wednesday.

As per the officials, the NSA had pitched in on the behest of Union Home Minister Amit Shah, after which he contacted Maulana Saad and convinced him to get the occupants tested for COVID19.

The NSA and Home Minister were briefed about the prevailing situation there and the agencies had also tracked down nine Indonesian preachers who were found COVID-19 positive at Karimnagar in Telangana.

Soon after, the security agencies alerted all States and Union Territories about the infection spread at Markaz and asked them to track down those who attended the Tablighi Jamaat organised recently and had returned to their states.

Only after, Doval intervened, the evacuation of 216 Tablighi Jamaat workers and their hospitalisation in various hospitals in Delhi could happen. Some of them were sent to quarantine centers.

In recent past, NSA Ajit Doval has developed  strong links with all important Muslim religious and political leaders in the country.

Recently, he was also sent by the Union Home Minister to certain pockets of East Delhi for confidence building measures among the people after the Delhi riot.