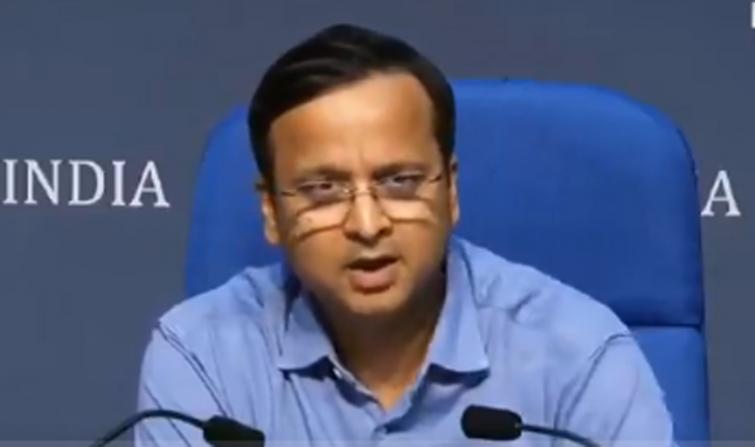 Not the time to find faults, says Health Ministry on COVID-19 cases in Nizamuddin

New Delhi/IBNS: Reacting to the recent development around the mass gathering of Tableeghi Jamaat preachers at a religious event which was held at Alami Markaz Banglewali Masjid in Nizamuddin area of New Delhi, following which twenty-four people have tested positive for COVID-19, the Indian government on Tuesday said it was not the time for fault finding.

"With respect to the Nizamuddin area, we all need to understand and appreciate that this is not the time to do fault finding. What is important for us is to take action as per our containment process in whatever areas we find a case," he said while addressing a press conference.

Twenty-four people have tested positive for Novel Coronavirus (COVID-19) while seven died in the national capital of India following a mass gathering of Tableeghi Jamaat preachers at a religious event which was held at Alami Markaz Banglewali Masjid in Nizamuddin here, media reports said.

Over 300 people, who were present at the event, were earlier admitted to different hospitals across the city.

Meanwhile, Delhi Chief Minister Kejriwal on Tuesday held a a high-level meeting over the issue. Delhi Health Minister Satyendar Jain and other officials were present in the meeting.

Violating the self-isolation norms, there were about 2,000 staying in the shrine complex in south Delhi till Monday night.

What is more worrying is that the people who left Delhi travelled to several parts of India.

A preacher died last week after he returned to Kashmir. He had reportedly visited the Deoband seminary in Uttar Pradesh before returning to Kashmir.

Police are now carrying out contact-tracing to identify other virus-exposed persons in Delhi, Srinagar and Deoband.

The mosque has now been sealed and over 800 people have been moved out for quarantine.

Meanwhile, the vast country of 1.3 billion people is presently under a 21-day lockdown which was called by Prime Minister Modi a week ago to stop the spread of the deadly virus.

As of now, India has a total 1355 number of positive cases with deaths mounting up to 43.