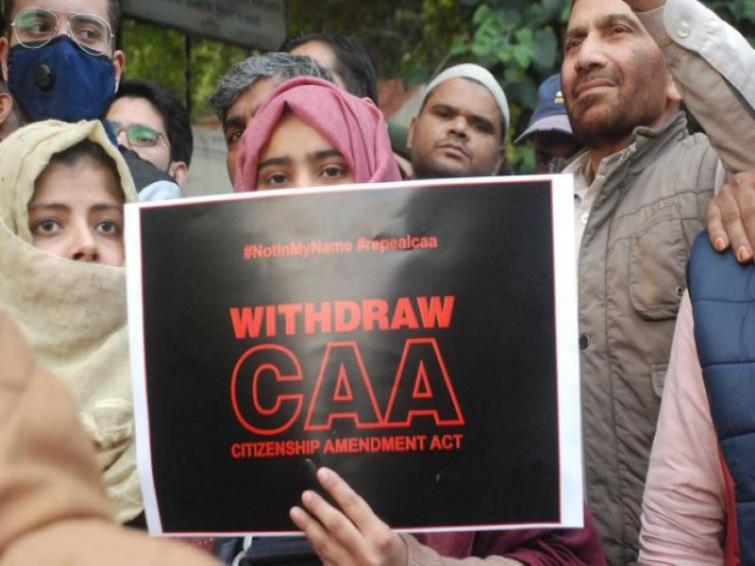 Taking cognizance of Dr Abrar Ahmad's act, the varsity described it serious misconduct even as an inquiry against the professor is pending. 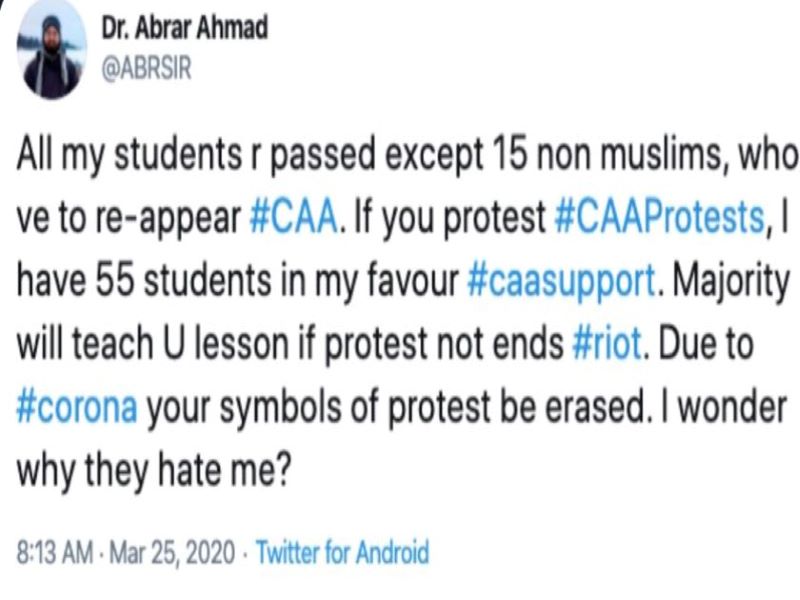 The report said that the professor tweeted after the 24X7 CAA protest at gate no.7 of the university was lifted by Jamia Coordination Committee citing coronavirus outbreak.

“With a heavy heart but great hope in our hearts, we temporarily suspend the ongoing 24 hours sit-in protest at Gate no. 7, JMI and appeal to all protesters to kindly take the situation with utmost seriousness and save themselves and others from this fatal illness,” it said in a statement, reported the news organisation.

The CAA is the amended citizenship act which will grant citizenship to Hindu, Sikh, Parsi, Buddhist, Jain, Christian but not Muslim refugees who came to India before 2015.