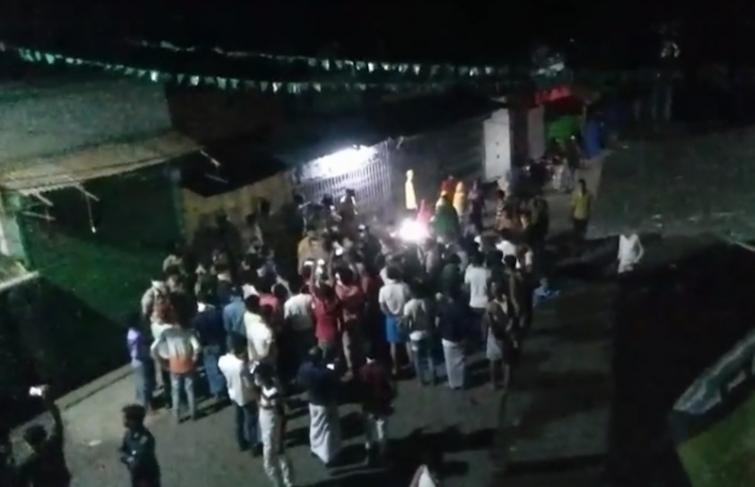 Kolkata/IBNS: A 32-year-old man died allegedly after being beaten up by policemen during coronavirus lockdown at Banipur Rajgung area under Sankrail Police Station limits in Kolkata's neighbouring Howrah city on Wednesday night, reports said. The police, however, denied the charge.

Wife of the man, who has been identified as Lal Shami, alleged that he went to a nearby market to buy milk for his baby when police were lathicharging lockdown violators at the area and he was mercilessly beaten up by the police force.

After becoming unconscious, the man was rushed to a local hospital where he was pronounced dead.

Following the incident, locals at a large number staged demonstration at the area.

Meanwhile, denying all allegations against them, senior officials of Howrah City Police claimed that the man was sick and died of cardiac arrest.

Since Prime Minister Narendra Modi imposed nationwide 21-day lockdown in the wake of novel coronavirus and directed the state administration to strictly enforce the restrictions, police in West Bengal have been going hard on the lockdown violators and lathicharging them.

West Bengal Chief Minister Mamata Banerjee on Wednesday warned her administration not to harass or assault people engaged in essential or emergency services.