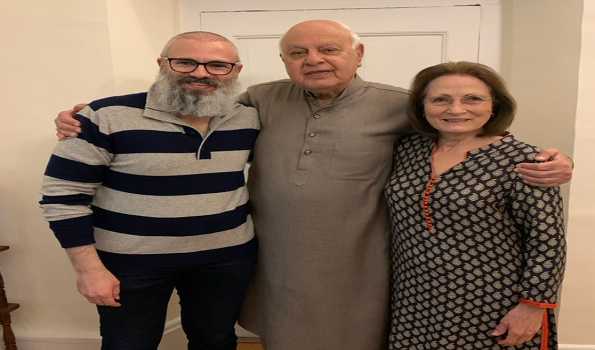 The detention of Omar was revoked after Public Safety Act (PSA) slapped on him was withdrawn by the J&K administration on Tuesday. “In exercise of powers conferred under Section 19(1) of the Jammu and Kashmir Public Safety Act, 1978, the government hereby revokes the detention order bearing No DMS/PSA/146/2020 issued by District Magistrate, Srinagar of Omar Abdullah with immediate effect,” an order issued Home Secretary Shaleen Kabra said.

Omar, who turned 50 on March 10, has spent 232 days in custody. The release order of Omar comes less than two weeks after his father and NC president Farooq Abdullah was released following revocation of his detention under PSA after over seven months.

The Supreme Court had last week, on the petition of Sara Abdullah Pilot, sister of Omar, seeking his immediate release, asked the Centre to respond by this week whether it planned to free him, or said that it would hear the plea against his detention under PSA “on merits”. “Now that things are settled in Kashmir, what are your instructions for his (Omar Abdullah's) release,” the court had asked.

Omar, Farooq and Mehbooba, besides dozens of other former ministers and legislators were detained on August 5, when centre abrogated Article 370 and bifurcated the state into two Union Territories.

Omar was detained under Section 107 of CrPC (security for keeping the peace), and once he had served the maximum period of detention, the NC VP was slapped with PSA on February 5.

In its PSA dossier, the administration described him as a threat to public safety. It said he was “planning activities against the Union government”. It also highlighted ‘his popularity and potential to draw voters to polling booths’. However, the language used in the dossier drew severe criticism from all political parties in J&K and rest of the country.

Omar’s photo last month, in which he was supporting grey beard, went viral on social media, evoking sympathy from politicians like Sitaram Yechury, Mamata Banerjee and others, but failed to garner any kind of support from local people of J&K, who can vote him back to power.