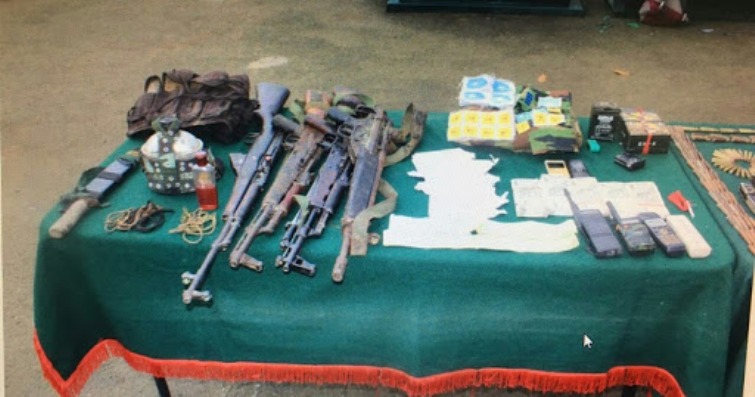 Guwahati/IBNS: The Indian Army and Police recovered a huge cache of arms-ammunition and explosives from a jungle area in Assam’s Udalguri district in the wee hours of Tuesday.

The weapons were kept concealed beneath the sand in the midst of banana trees surrounded by thick jungle.

According to the reports, based on intelligence input, the troops of army and a police team of Udalguri district jointly launched an operation at Badagaon area under Udalguri police station at around 2:30 am and recovered the weapons.

The security personnel recovered one AK-56 rifle with magazine and 12 rounds live ammunition, one rocket launcher with five live rockets, 40 numbers of hand grenade, 111 numbers of detonator from the area.

A top police official said that suspected militants have kept hidden the weapons in the jungle area.