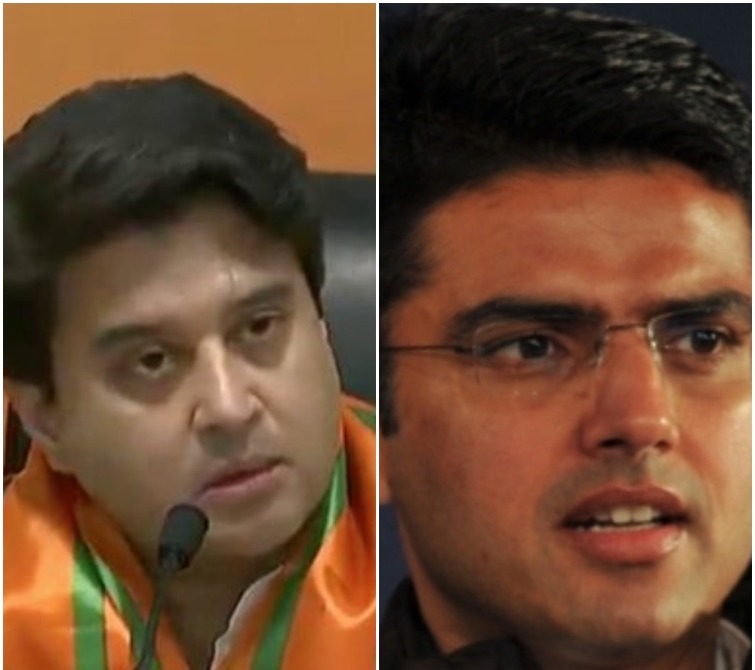 New Delhi/IBNS: Congress leader Sachin Pilot on Wednesday lamented the exit of his former colleague Jyotiraditya Scindia from the 134-year-old party and said he wished that things could have been 'resolved collaboratively within the party.'

In a tweet, Pilot wrote: "Unfortunate to see @JM_Scindia parting ways with @INCIndia. I wish things could have been resolved collaboratively within the party."

Unfortunate to see @JM_Scindia parting ways with @INCIndia. I wish things could have been resolved collaboratively within the party.

Starting a new journey in his political career, Jyotiraditya Scindia joined the Bharatiya Janata Party on Wednesday and attacked his previous political outfit Congress and said it is no more the same as it used to be in the past.

Referring to two major platforms in his life, the politician said: "There are two life-changing moments in my life- One was the moment I lost my father and the other one was yesterday when I decided to choose a new path for my life."

Scindia, who was a part of the Congress party for the past 18 years, said: " I was hurt and distressed as I was unable to serve the people in my previous organization."

"Today's Congress party is not the same as it used to be in the past," he said attacking the grand old party of the country in his first press conference since joining the BJP.

Giving a blow to Congress, Scindia, who was the confidante of Congress leader Rahul Gandhi, resigned from the outfit on Tuesday amid differences with the party's top brass.

He was inducted to the BJP in presence of party's national president Jagat Prakash Nadda.

Interestingly, both Scindia and Sachin Pilot could not become the chief ministers of Madhya Pradesh and Rajasthan despite their pivotal roles in the Assembly elections in the respective states in Dec 2018.

Like Scindia, Rahul had pursuaded Pilot too on giving up the claim to CM's post in Rajasthan and was instead made the Deputy Chief Minister under Ashok Gehlot.

With Scindia's exit from the Congress party, all eyes are not on Pilot, had criticised the state government on several occasions.

Sachin Pilot, who started having tensions with Ashok Gehlot after the latter failed to bag a single seat for the party in Lok Sabha election last year, called for accountability while his loyalists demanded a change in leadership in Rajasthan.
Related Images