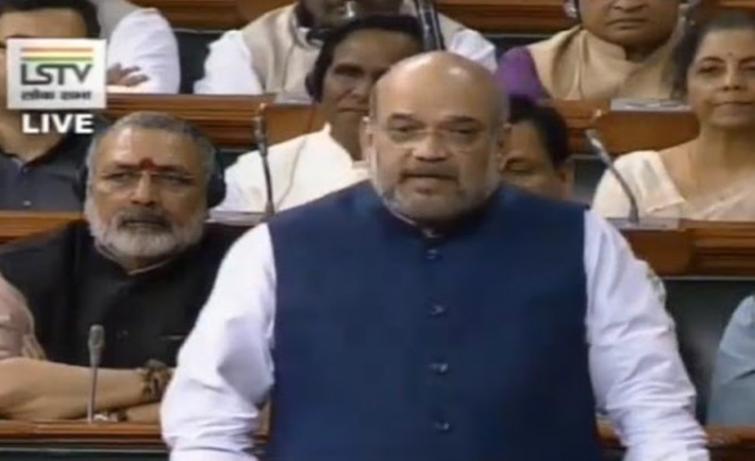 New Delhi/IBNS: Union Home Minister Amit Shah on Wednesday lauded the Delhi Police for confining the Delhi violence to 4 percent of the city's area and ending the same in 36 hours.

Speaking at the Lok Sabha, the Union Home Minister said only 13 percent of the entire population was affected and that the government will not spare anyone responsible for the violence.

"I want to praise the Delhi police for not letting the communal riots spread beyond 4 percent of the city's area and 13 percent of the population," he said while responding to the discussion on the violence.

Controlling and putting a full stop to riots in just 36 hours in the dense area as it was was a commendable job performed by Delhi Police.

I assure the people of India that right investigation will be done and stern actions will be taken against the rioters: Shri @AmitShah pic.twitter.com/iGDObgRaIL

Shah also slammed the Congress and said the party has no right to question the violence given its track record as the 1984 anti-Sikh riots happened during the Congress regime.

This comes after initiating a debate in the Lok Sabha on the recent law and order situation in some parts of Delhi, Congress leader Adhir Ranjan Chowdhury said the Home Minister is answerable as to how violence continued for three days in Delhi.

"What was Amit Shah ji doing when Delhi was burning," he asked.

Last month, northeast part of Delhi witnessed indiscriminate violence over the new citizenship law in which at least 50 deaths were reported, several were injured and a huge number of properties were vandalized.

On being criticised over the role of Delhi Police, Shah on Wednesday said: "I would like to place on record that after 25th February, no incident of rioting took place. There have been attempts to politicise these riots."

Shah also said that he did not attend any events related to US President Donald Trump's visit to India and was personally monitoring the situation with the Delhi Police.

The Union Home Minister said the government is trying to identify the culprits from video footage of the violence while ensuring that no innocent is punished.

"We have received thousands of videos. We are using Face identification to find accused. It is a software so it does not differentiate on the basis of religion," he said.