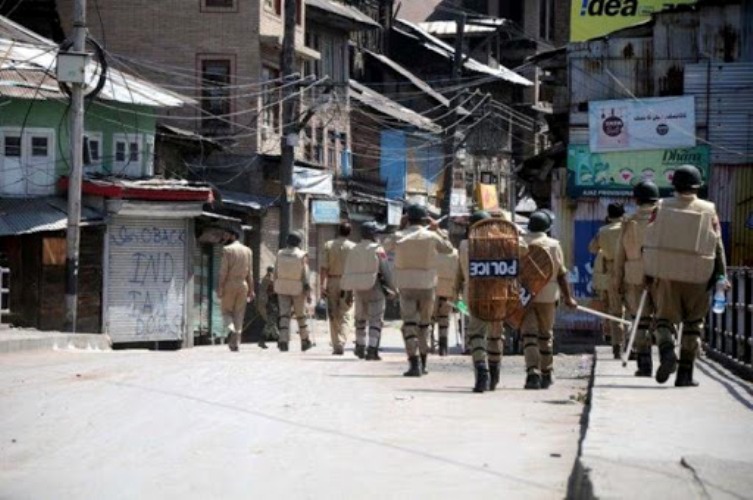 Srinagar/UNI: Police on Wednesday claimed to have busted a Jash-e-Mohammad (JeM) module by arresting three Over Ground Workers (OGWs) and recovered arms and ammunition in central Kashmir district of Budgam.

A senior police official told UNI that following specific information, police and 50 Rashtriya Rifles (RR) in a joint operation arrested three associates of JeM, who were active in Chadoora in Budgam.

“The accused were identified as Dilawar Sofi, a resident of Donniwari and Sameer Yousuf Ganie, a resident of Magreypoora,” he said, adding the identity of the third person has been withheld due to security reasons.

He said these individuals were active in the area for last few months and were involved in various subversive activities and providing shelter and logistic support to militants. “On their disclosure, arms and ammunition, besides other incriminating material were been recovered,” he said.

He said a case under relevant provisions of law has been registered in Police Station Chadoora and investigation taken up. “More arrests are expected in the coming days,” he added.