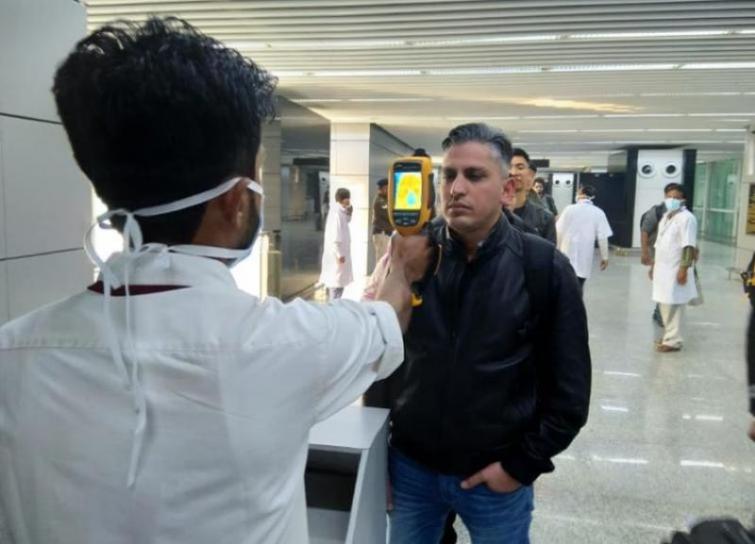 New Delhi/IBNS: External Affairs Minister S Jaishankar on Wednesday said the government is focussing on bringing back Indians stranded in coronavirus-stricken  Italy and Iran after screening them for the infection.

The Minister said a medical team will leave for Italy on Thursday next for screening Indians.

Six health officials have been already sent to Iran where they have set up a coronavirus screening lab for Indian nationals stranded there.

Making a suo moto statement on the Indians stranded in Iran due to Coronavirus, he said there are over 6000 Indian nationals in various problems of Iran.

These include about 1,100 pilgrims, mainly from the union territories of Ladakh and Jammu and Kashmir, and the state of Maharashtra, nearly 300 students mostly from the union territory of Jammu and Kashmir, 1000 fisherman from Kerala, Tamil Nadu and Gujarat, and some other people who are on a longer-term stay in Iran for pursuing their livelihood and religious studies.

After receiving information about the spike in coronavirus cases in Iran, direct flights between India and Iran were temporally suspended from February 27 and advisories were issued to avoid travel and returning passengers were started to be screened.

He said Indian Embassy in Iran and consulate in Bandar Abbas and Zahidan have reached out to the Indian nationals in Iran to ensure their welfare amid the outbreak.

The government would plan its future approach keeping in mind the risk of exposure to the disease and age.

Jaishankar said the government is focusing on visiting the pilgrims, most of whom are in Qom, where coronavirus incidence has been strong.

He said the Indian embassy is in regular contact with Indian students most of whom are studying medicine and, are, therefore, well aware of the precautions to be taken to avoid being infected.

The minister said, the area where Indian fishermen are located has been the least affected.

A total of 108 samples were sent by the team of Indian health officials on March 7 and 58 Indian pilgrims, including 25 men, 31 women and 2 children who tested negative for COVID-19 were repatriated in special IAF C-17 flight on March 10. Samples of 529 more Indians on this flight are being tested in National Institute of Virology, Pune, Jaishankar said.

More samples in Tehran are continued to be collected, he informed and added that the government's endeavor is to ensure the earliest possible return of our nationals after appropriate testing and screening.

The government is working with the Iranian authorities to operate some limited commercial flights for facilitating early return of the remaining Indians after testing them, he said.