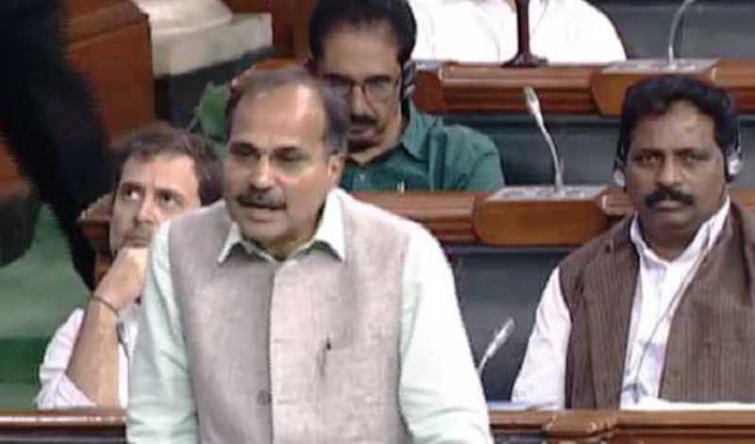 New Delhi/UNI: Congress on Wednesday said the government was unable to contain Delhi violence in time and demanded resignation of Home Minister Amit Shah for his 'overall failure' to bring peace in the national capital.

Initiating a debate in the Lok Sabha on the recent law and order situation in some parts of Delhi, Congress leader Adhir Ranjan Chowdhury said the Home Minister is answerable as to how violence continued for three days in Delhi.

'What was Amit Shah ji doing when Delhi was burning,' he asked.

The Treasury bench fielded Meenakshi Lekhi to speak during the discussion.

Lekhi said the violence was a result of a well-planned conspiracy.

She said the majority may be silent but it is standing rock-solid behind Prime Minister Narendra Modi and his development agenda.

Chowdhury said during violence, it is not the loss of either a Hindu or a Muslim but of the entire humanity.

He said there was no dearth of police or paramilitary or shortage of arms or technology, but still the violence was allowed to continue for three days.

He demanded that the government give a reply.

He also demanded to know where were the Delhi MPs when the violence continued for three days.

The Congress leader said, 'If we could go to Balakot....but we could not stop the violence here'.

He alleged that judges were transferred at midnight for directing the Delhi Police to file FIR against three BJP leaders for provocative speeches.