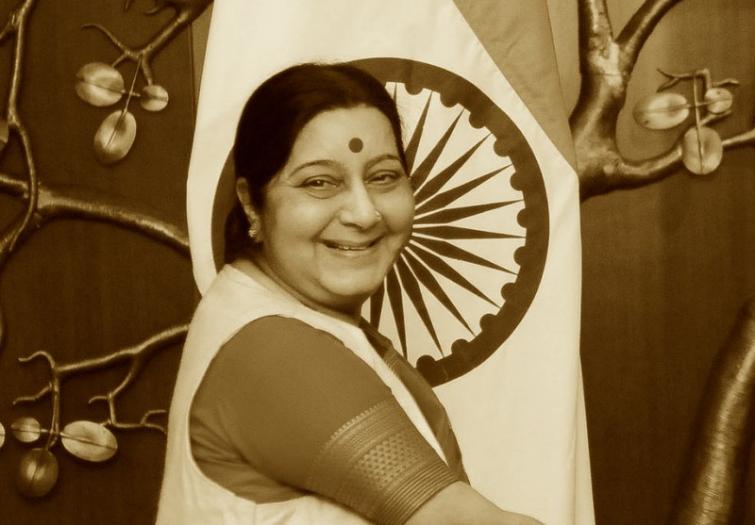 New Delhi/IBNS: This International Women's Day Twitter wants to celebrate #EveryWoman/ #à¤ªà¥à¤°à¤¤à¥à¤¯à¥‡à¤•à¤®à¤¹à¤¿à¤²à¤¾ with a custom emoji on the service; encouraging positive conversations. Well, in line with its theme, in India the microblogging service decided to honour late Sushma Swaraj as the #TwitterDiplomat:

An illustrious leader and India’s former Minister of External Affairs,  Sushma Swaraj had mastered Twitter. She was committed to public service, and used Twitter to promptly help those who directly reached out to her.

A video of daughter Bansuri Swaraj pays tribute to her mother late Sushma Swaraj. Bansuri speaks about her active contribution to public service through Twitter. She says, “Twitter has ensured that the government of the day across countries has now become more accountable and there’s a lot of power to the people to put their point of view across to their leaders directly.”

#TwitterDiplomat: Late @SushmaSwaraj was a fierce advocate for using Twitter for governance, connecting with Indians across the world. She Tweeted for #EveryWoman pic.twitter.com/t0p6NKvKYd

Twitter has been at the epicenter of powerful public conversations, and women’s movements have been a part of that. For instance, in the first few months of 2020 there was an 87% growth in conversations in India to do with women’s day and women’s empowerment when compared to the same months in 2019 (Jan 1 - Feb 25).

To celebrate the day this year, Twitter has launched a special emoji that is activated with the hashtags #EveryWoman and #à¤ªà¥à¤°à¤¤à¥à¤¯à¥‡à¤•à¤®à¤¹à¤¿à¤²à¤¾.