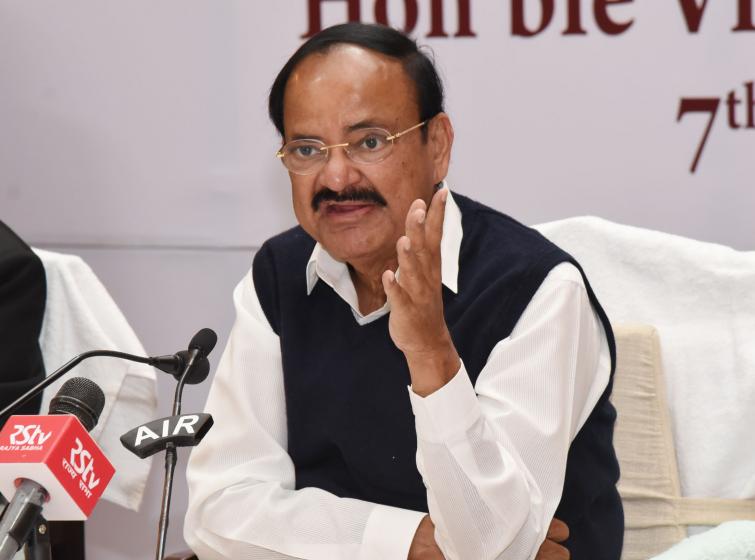 New Delhi/IBNS: Vice President of India M. Venkaiah Naidu said today that there is no dearth of policy formulation in India, but what is more important is the effective implementation of these policies on ground.

“A policy is as good as its implementation”, he said.

Interacting with the faculty members of Administrative Staff College of India (ASCI) in Hyderabad today, the Vice President called for inclusive and sustainable approach to development.

He said that the benefits of the government programs should reach the last man in true spirit of Antyodya as espoused by the great leaders like Mahatma Gandhi and Pandit Deendayal Upadhyaya.

“No person, community or region should be left behind,” he added.

Highlighting the need to involve people in government programs, Naidu said that a country of the size of India can not progress without the people’s participation in governance. He also called for making optimum use of digital technologies in improving the service delivery and bringing down the corruption.

He wanted ASC, through its training programs, to help administrators in formulating suitable strategies for improving governance and promote result-oriented approach in administration.

Drawing attention to the paradigm change in every aspect associated with administration, the Vice President said that in present times, administration is not merely confined to implementation rather encompasses the broader concept of management and governance.

Elaborating further, Naidu called for implementing the best practices and adopting a pro-active approach in governance.

Appreciating ASCI for emerging as one of the premier institutions in capacity development of civil servants, managers and administrators in the country, the Vice President asked the faculty to work towards bringing attitudinal and mindset change among the administrators.

Every officer receiving training from you must imbibe a citizen-centric and result-driven approach, which is the need of the hour to ensure inclusive growth, Shri Naidu told the ASCI faculty members.

Calling Public-Private-Partnership as the need of the hour, the Vice President said that it was very important for India to develop. Therefore, he wanted the policymakers, administrators and consultants to focus on PPP in addition to routine government functions.

During his visit to ASCI, the Vice President went around the campus and interacted with the trainees. He also planted a tree sapling in the campus of ASCI.

It may be noted that ASCI is the oldest management training institution in country. Since its inception in 1956, it is has provided valuable inputs in the formulation of public policies by offering management development programmes, research and advisory work to government, industry and international agencies. ASCI has also launched a two-year Post Graduate Diploma in Management (PGDM) since last year.

Chairman of ASCI, K.Padmanabhaiah, directors and faculty of the institute and students participated in the interaction with the Vice President.