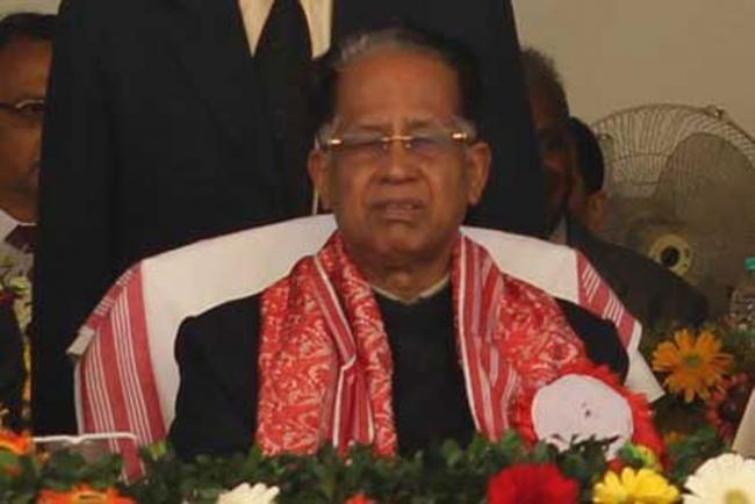 Guwahati/IBNS: Opposition Congress on Monday staged a walkout from the Assam Assembly on the first day of the budget session.

When the Congress MLAs moved an adjournment motion and demanded the Speaker of the Assam Legislative Assembly Hitendra Nath Goswami to hold a discussion over the Citizenship (Amendment) Act or CAA and the arrests were made during the protests against the citizenship law in the state, the speaker had rejected the opposition’s demand.

Following the Assam assembly speaker’s rejection, the Congress MLAs shouted slogans against the new citizenship law and demanded release of the arrest persons and also created ruckus in the assembly.

The Congress MLAs also protested in front of the speaker by showing placards.

Later, Congress MLAs walked out from the assembly.

Former Assam Chief Minister and senior Congress MLA Tarun Gogoi said that, the Congress has moved an adjournment motion to discuss gross violations of our fundamental rights, but the speaker of the Assam assembly not allowed it.

“Today democracy is in danger and we have seen across the country including Assam also that how the democratic right has been violated, how the peaceful demonstrators were shot dead, how they were put behind the bars. In Assam, more than 500 anti-CAA protesters were arrested. Everybody has right to express their dissent, they have right to criticize, right to oppose any bill which is anti-people," Gogoi said.