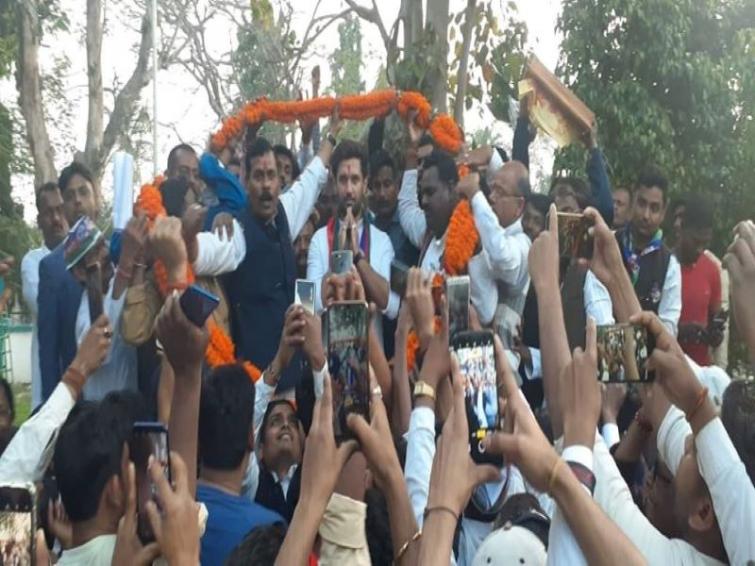 Munger/UNI: Lok Jan Sakti Party President and M P Chirag Paswan has urged Bihar Chief Minister Nitish Kumar to immediately stop the process of suspension and  the lodging of FIRs against the striking secondary teachers all over the state.

Mr Paswan told newspersons here this evening that he was against the prevailing system of government jobs in education, health and other departments  which provided for two kinds of salaries for the same work exist in Bihar.

He said when there were sanctioned posts in education, health and other departments, it was wrong to appoint  temporary(Niyojit) teachers and employees against the sanctioned posts with the existing budgetary provisions .

He described the teachers of Bihar as "Gods on the earth" and said without giving them due respect and permanent jobs, the future of the thousands of students of Bihar would be at a stake in future.

He said the Delhi riots were the fallout of the total failure of the Delhi police as the violence could have been averted if the force had taken proactive action against BJP leader Kapil Mishra and others who were seen making provocative and hate speeches publicly.