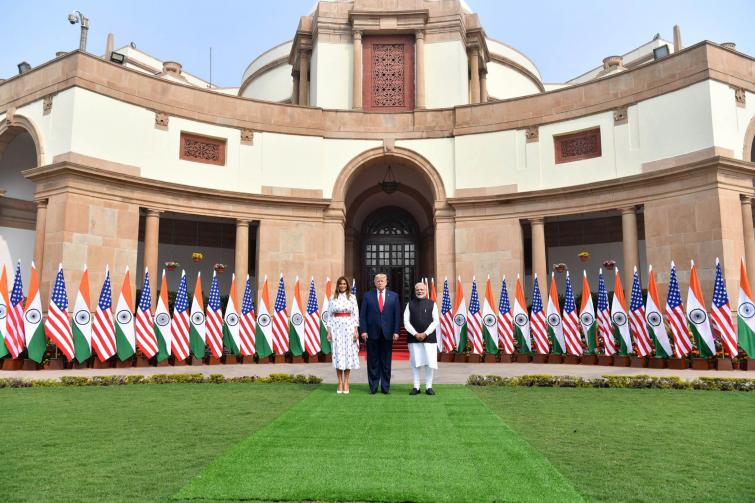 Washington/UNI:  US president Donald Trump's visit to India was aimed at deepening the strategic partnership between the two nations which would also benefit from strong economic ties that advance prosperity, investment and job creation, says the White House.

In a statement after Trump headed home, the White House said the two-day visit demonstrated the "strong partnership" between the two countries and two-way trade exceeded $142 billion in 2018 alone.

'The President and Prime Minister Modi are working toward a trade agreement that reflects the full potential of the economic relationship between our two countries.The United States and India are committed to investing in sustainable, transparent, quality infrastructure in the region," said the statement on Tuesday.

India, it said, is a growing destination for American energy exports. Energy exports to India have grown substantially, generating billions of dollars in American revenues. In India, ExxonMobil signed a deal to further improve India’s natural gas distribution network so that the country can accept even more American LNG exports.

The two countries are also expanding their security partnership.

"The United States is working closely with India to combat terrorism, confront global drug trafficking, and promote a free and open Indo-Pacific. President Trump and Prime Minister Modi are calling on other countries in the region to take steps to counter terrorism.

"United States–India defense cooperation contributes to the prosperity and security of the entire Indo-Pacific region,"said the statement.

In New Delhi during a meeting with President Ramnath Kovind last evening, Trump said, "India, to me, is a very, very special nation... And, as you know, we’re working on major trade deals and military purchase deals, and a lot of other things.