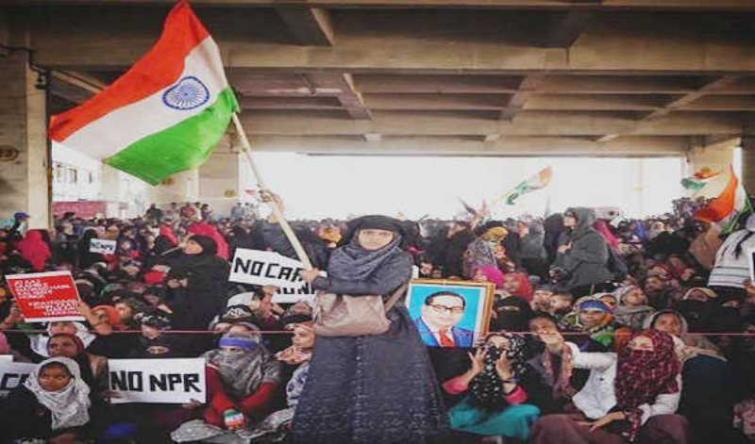 The entry and exit gates of Jaffarabad Metro station were closed this morning when large number of protesters blocked the road below the Metro line and vowed not to end the agitation till the Centre revokes the contentious CAA, NPR and the National Register of Citizens (NRC).

"Entry & exit gates of Maujpur-Babarpur are closed," the DMRC said in its latest tweet.

Carrying Tricolours and raising slogans, the protesters, had descended at the spot on Saturday night. The road connects Seelampur with Maujpur and Yamuna Vihar.

As protests continued on Sunday morning, heavy security was deployed around the Metro station and the Delhi Metro Rail Corporation said trains would not be halting at the station.

"Entry & exit of Jaffarabad have been closed. Trains will not be halting at this station," the DMRC tweeted earlier.

Devangana Kalita, a member of the Pinjra Tod movement said that protests have been going on in Jaffarabad for a long time but late last night, around a thousand women sat under the Jaffarabad Metro station.

A large number of police forces have been deployed. The police appealed to them to move out of the road but the protesters kept shouting slogans against the new Citizenship law.

A senior police officer in the North Eastern district said talks were on to remove the protesters from the road. Paramilitary forces have also been deployed along with Delhi Police to maintain security.

At the same time, the protesters of Chandbagh (Mustafabad) on behalf of Bhima Army have called for a march to Rajghat.

Informatively, protests against the CAA are going on in more than ten places including Hauz Khas, Jaffarabad, Seelampur, Mustafabad, Nizamuddin, Indralok along with Shaheen Bagh.