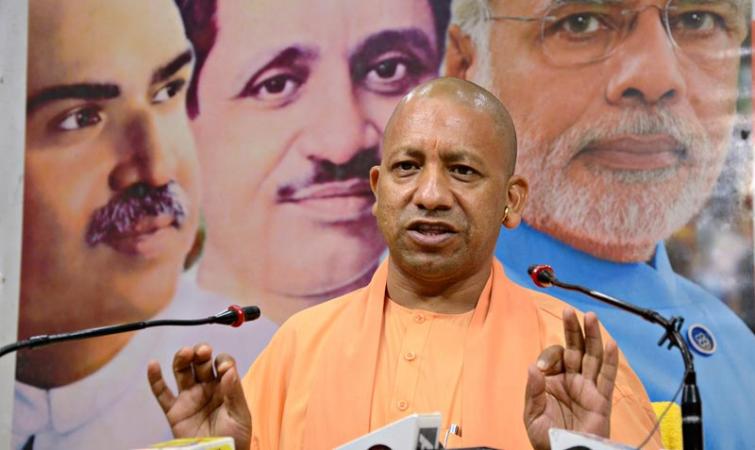 Lucknow/UNI: Utrar Pradesh Chief Minister Yogi Adityanath said that the Hindi language has performed the task of connecting large parts of the country.

"Mahatma Gandhi, the Father of the Nation, understood the importance of the Hindi language and advocated to promote the language in the entire world. The Hindi language has become a big medium of employment. Also, long years ago, the sages of India connected Sanskrit with employment. If a person studying Sanskrit uses his intellect properly, he will never die of hunger," he said.

The Chief Minister was addressing the inaugural ceremony of the 'Bhasha Mahotsav -2020 programme held at Lucknow University here on Saturday.

"Literature has a long story to tell. Indians have taught the lessons of literature to the world. The world's oldest religious book 'Rigveda' has also been given by India", he said. The terms like religion, work and salvation are mentioned in the Mahabharata. Through Ramcharitmanas, Tulsidas gave a lot to Awadhi. It is also composed in Hindi, Sanskrit, Telugu, Malayalam, and Kannada. Though the Indian Constitution has not recognized Awadhi, people of India read the lessons of Ramcharitmanas daily. This is the real strength of India and we have to recognize it, the CM said.

According to the action plan, 300 houses were purchased, of which, 67 are temples and now these are protected by the state government. The route to visit Kashi Vishwanath temple has also been widened by 50 feet. He further said that Prime Minister Narendra Modi's vision will be fulfilled within 1.5 years. And, not only the residents of Kashi but the entire world will get a 'Dham' as per his vision.

The Chief Minister said that today we have to set up a 'Bhasha University' for our Indian languages.

The universities have to prepare courses and supply chains according to the demand then only we will able to compete. With the help of Sanskrit and practical knowledge of Hindi and English, we can generate employment opportunities for many people.

There are many universities inside or outside the country, where qualified teachers are required to teach Sanskrit and Hindi. The need for teachers worldwide can be fulfilled only when the universities start teaching the language, he added.

The Chief Minister said that this festival will become a powerful medium to express our feelings towards the Indian languages. Language is the medium of communication for everyone and expression is not possible without this. Instead of considering languages as a burden, make them the basis of economic progress and self-reliance, which will pave the way for development, the Chief Minister said.

The Chief Minister said that the state government has launched Internship Scheme for the youth. The internship plan will provide a platform to the youth for the country and the world. Today, PM Modi addresses people in Hindi on global platforms. He emotionally connects the entire world to India. The people from different countries of the world come to India and are learning Hindi for communication. Earlier it was mandatory to communicate with them in English, this is a new beginning, he said.