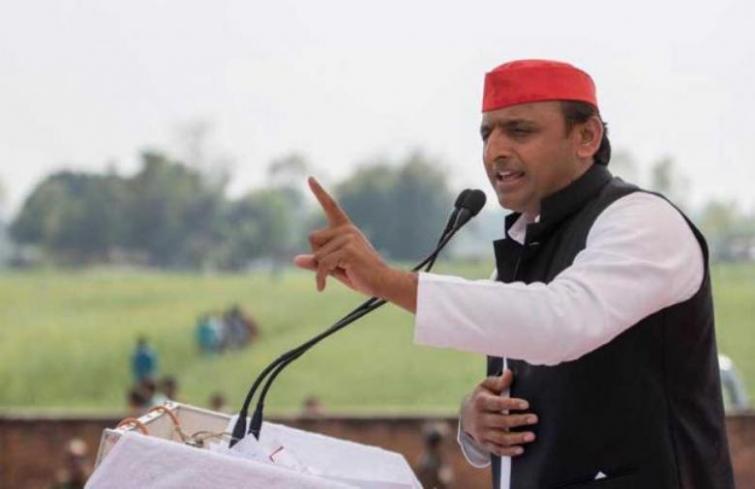 Lucknow/UNI: Predicting a landslide victory of Samajwadi Party in the next Assembly elections, party national president Akhilesh Yadav on Thursday said the party will win at least 351 seats because people are fed up with the 'mis-rule' of BJP government.

''People have compared the Samajwadi Party governance, which was development-oriented, with the present BJP governance, which has more sound bites than real work. Thus, they now want the return of SP to power,'' Yadav said while addressing the party workers at the state headquarters, here.

''During the SP regime, we provided free irrigation facilities to the farmers. Besides, the government also introduced the Kisan Durghatna Beema Yojana to benefit the farmers,'' he said, adding that this government has pushed the farmers towards the blind allay of deprivation.

Reports of farmers committing suicide in Bundelkhand has shaken the conscience of people, but not of BJP leaders.

Reports are pouring in from parts of Bundelkhand that farmers are neck-deep in debt and therefore, are forced to end their lives, he alleged.

''Farmers of sugarcane, potato and paddy are in distress. Cane arrears are mounting. BJP leaders had promised to double the income of the ryots by 2022, but they have so far failed to come up with any solution,'' Yadav pointed out.

He said the statement of Chief Minister Yogi Adityanath that those people who come out on streets, have come to die, shows his arrogance.

''In a democracy, every individual has the power to dissent. But this government does not want want anyone to open their mouth,'' he added.

''The law and order situation of the state is going from bad to worse. Incidents of rape are being heard almost every day, but the Chief Minister says that crime is under control,'' he said, adding that these are the reasons why people will vote for the SP next time.