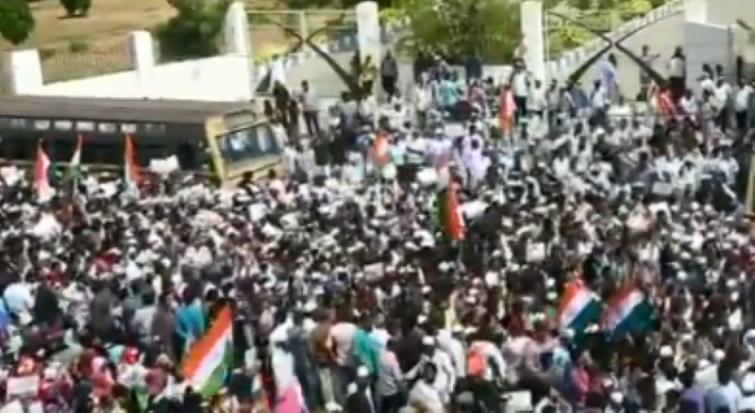 The march started from Walajah Road to protest against the CAA along with National Register of Citizens (NRC) and National Population Register (NPR).

The country has been witnessing widespread protests against the CAA-NRC and also NPR over the last couple of months.

Majority of the opposition-ruled state have declared that they won't implement NRC.

Interestingly, Bihar Chief Minister Nitish Kumar, who is ally of the country's ruling party Bharatiya Janata Party (BJP), said there was no need for the NRC.

However, Prime Minister Narendra Modi in a recent statement said the CAA, which aims to grant citizenship to Hindu, Sikh, Christian, Buddhist, Jain, Parsi but not Muslim refugees who came to India from Pakistan, Afghanistan and Bangladesh before 2015, will not be rolled back.

In a U-turn from their previous positions, Modi and Union Home Minister Amit Shah have said the central government never discussed NRC since 2014 when the Hindu nationalist party BJP was voted to power for the first term.