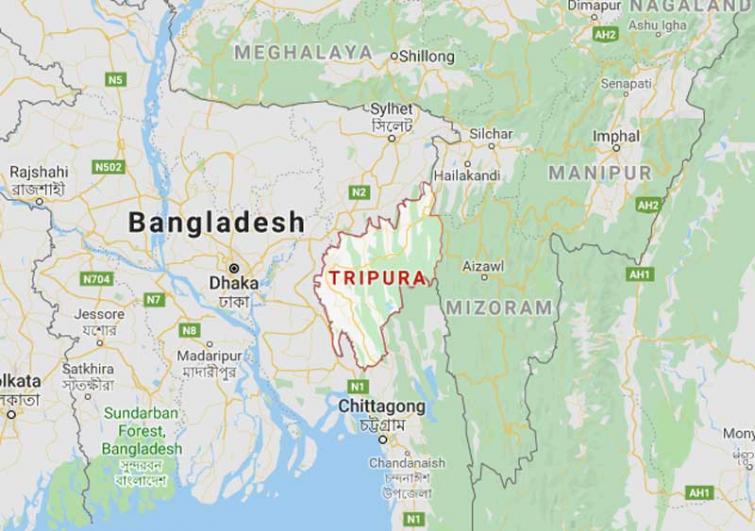 Agartala/UNI: Former chief secretary of Tripura and chairman of Tripura Public Service Commission (TPSC) Yash Pal Singh was arrested Monday morning in a joint operation of Uttar Pradesh and Tripura police from Ghaziabad in Uttar Pradesh in connection with alleged PWD scam of Rs 164 Cr during 2008-09.

Singh, who is known to be an honest and dedicated officer, had retired in 2016. He was absconding for the last four months after the state vigilance authority registered an FIR against him and former PWD minister of left front government Badal Chowdhury and chief engineer Sunil Bhowmik.

Bhowmik was arrested immediately after the FIR and Choudhury was arrested about a week later from a hospital.

However, both of them were released on bail after three months from police custody.

Police have not been able to file a charge sheet against the accused in the court.

Singh's counsel had prayed for an anticipatory bail in the high court but the court rejected the pleas.

Singh was absconding from his house in North Delhi since October 14 last year and since then a team of the crime branch of Tripura police was waiting in Delhi to arrest him.

Additional Director General (Crime Branch) Puneet Rastogi said Y P Singh was arrested from Ghaziabad in Uttar Pradesh in a joint operation based on a secret input and a team has left for Delhi to transport him to Tripura.

He was produced in court in Gaziabad for custody warrant and possibly he will be transited here and produced in the trial court, he said.

After serving as the Chief Secretary, the left front government had appointed him as the Chairman of TPSC where he had developed differences with Chief Minister’s office in the later stage.

Allegedly, his junior and Principal Secretary to CM Kumar Alok had tried to persuade him to resign from the post quoting Chief Minister’s name, but he had refused which had widened the rift further.

Later on, he was accused in a decade-old so-called PWD scam.

Meanwhile, Singh's arrest has upset the state administration and triggered an adverse reaction among the officers.

Officials here claimed that Y P Singh was framed by a vested quarter to take revenge for disobeying the powerful lobby of the BJP-IPFT government as two other former chief secretaries, Shashi Prakash and Sanjib Ranjan, had also been accused of the so-called procedural lapses but their names disappeared from the investigation.

While Shashi Prakash has retired, Sanjib Ranjan is still serving as secretary to the Ministry of Road Transport and Highways (MoRTH), officials stated, adding that a group of officers, who were close to the left front government, have now become close to Chief Minister Biplab Kumar Deb and are desperately working against the government to make the administration and the people hostile against each other.