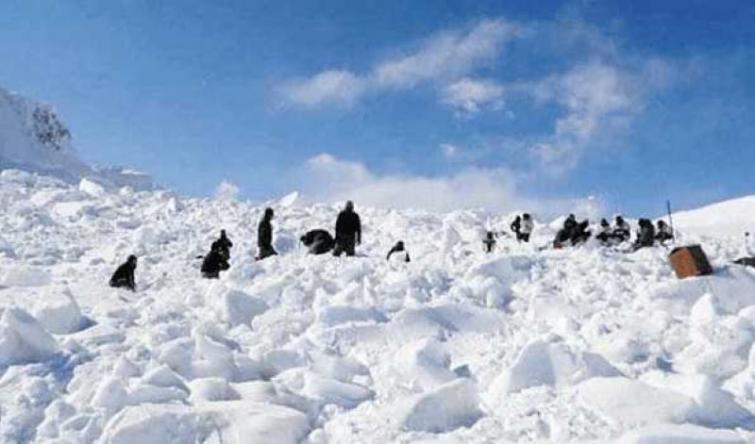 Srinagar/UNI: Rescue operation continued for the third day on Monday to recover a student who went missing after a snow avalanche hit Gurez-Tulail area in north Kashmir district of Bandipora.

According to the sources, the search operation was resumed at 0700 hours to rescue a student Javid Ahmad Lone who was buried under a snow avalanche at check Nallah along with two other students when they were on way to home at Tulail after appearing in a local examination at Gurez on Saturday.

The rescue operation in the area by locals, police, Army and SDRF personnel was stopped at 10 pm due to darkness and threat of more avalanche, the sources said.

However, two other students identified as Arif Hussain and Ali Mohammad Lone were rescued and shifted to hospital in an injured condition.

The sources further said that the rescue operation was being hampered due to fresh avalanches in the area and sniffer dogs were also pressed into service to recover the missing student.

Gurez, a border town surrounded by Pakistan Occupied Kashmir (POK) remained cut off from district headquarter Bandipora for the past more than a month due to accumulation of snow and slippery road conditions, particularly at Razdan pass.