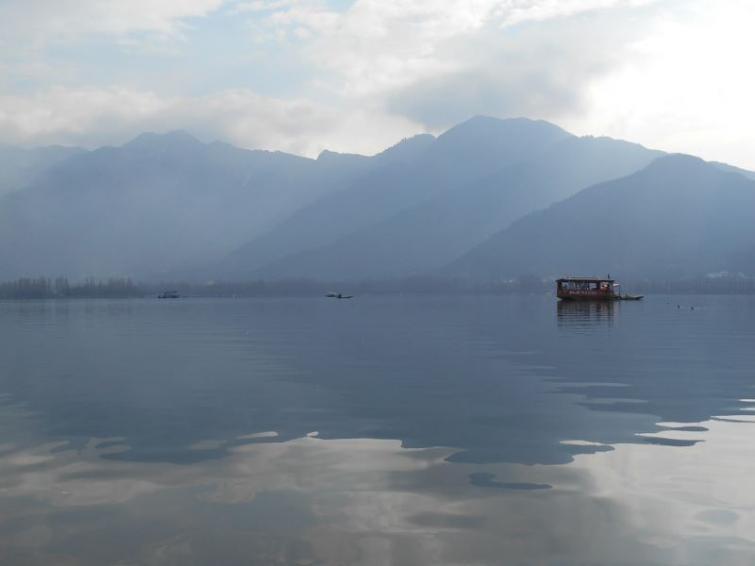 Srinagar/UNI: Admitting that a considerable rise in Flu-Like Illness (FLI) has been observed, particularly among the  children, the Doctors Association Kashmir(DAK) on Friday said that its symptoms should not be mistaken for swine flu.

In a statement issued here, President DAK Dr Suhail Naik appealed people not to panic and don't pay heed to any rumours as this is only a seasonal flu and not swine flu.

However, another DAK led by Nissarul Hassan said while in previous seasons, swine flu (H1N1) virus was the dominant strain in Kashmir valley,  this yea has witnessed surge in flu cases due to an unexpected virus.

"The seasonal flu, is a viral infection of the respiratory tract caused by an influenza B virus. Symptoms can include fever, headache, runny nose, sore throat, or cough and chest congestion," Dr Naik said.

Dr Naik, who is a consultant paediatrician, said every year in winters, Kashmir witnesses outbreaks of the flu, known as seasonal flu.

“Flu season generally occurs during the fall-winter and early spring and is usually self-limiting and non-fatal. The current peak in seasonal flu may take peak when schools will open after long winter break as this viral infection easily spreads from child to child,” he said.

He said this seasonal flu is mainly due to the influenza-B virus as good number of children are developing muscle weakness due to viral myositis which is typical feature of the influenza B virus.

Dr Owais H Dar, General Secretary, DAK said that the number of patients who have tested positive for swine flu are within the accepted statistical range and there seems no impending threat of virus to turn into epidemic as temperatures in the valley are improving gradually.

“People are advised to take rest, take lot of hot fluids, soups to kids and need-based paracetamol,” he said.

Dr Dar said there are some  patients who are at higher risk of developing complications due to the flu.

“They are young children less than one year, pregnant ladies and persons suffering from any long term chronic ailment with immune compromise,” he said.

The doctor's body has also welcomed the government move of setting up of first high-tech N1H1 laboratory for molecular diagnosis of swine flu cases in Jammu and Kashmir.

Dr Nissar said that more than 80 per cent flu cases this season, so far were because of this Virus.

He said a S K Institute of Medical Sciences (SKIMS) hospital, out of 398 positive cases, 318 were because of influenza B and only 80 were positive for swine flu. He said 91 confirmed cases needed hospitalization, Dr Nisar said.

Dr Nisar said that at SMHS hospital, most of the cases were positive for influenza B," he said adding that majority of these cases were detected in this month which gives us to understand that there is increase in flu activity.

Dr Nisar said influenza B virus is a flu virus that is only known to infect humans and has no animal reservoir in contrast to swine flu and other influenza A viruses.

There are two types of influenza B virus – Yamgata and Victoria.  He said the virus is a respiratory virus and symptoms are similar to swine flu like fever, cough, sorethroat, runny nose and bodyache.

The virus is spread by droplet infection from one person to  another.Though the virus causes only mild disease but it can cause severe disease and even death in high risk groups like young children, elderly, pregnant women and in those with medical conditions,; Dr Nisar said.

Early antiviral medication can treat the illness and prevent complications, and should be given to people who are very sick and to high risk groups, he said. It is not too late to get vaccinated, but people should get quadrivalent vaccine which is designed to protect against both types of B virus and has shown to have greater effectiveness in prevention of flu caused by influenza B virus than trivalent vaccine, said Dr Nisar.