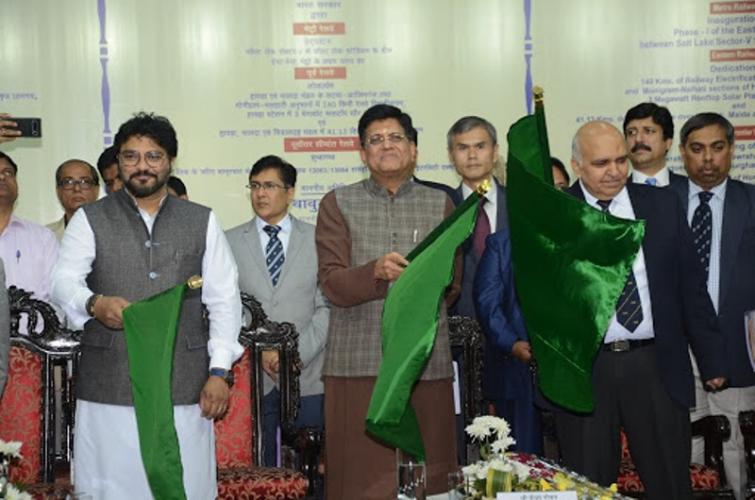 Commuters can avail the first phase of East-West Metro from Friday (Feb 14) between Salt Lake Sector V and Salt Lake Stadium stations, from 8 am. to 8 pm. on weekdays (including Saturday) and from 12 pm. to 8 pm. on Sundays, Kolkata metro officials informed. Speaking at the occasion, Goyal praised Supriyo and said the project became a reality much due to the constant insistence from the Bengal Union Minister. 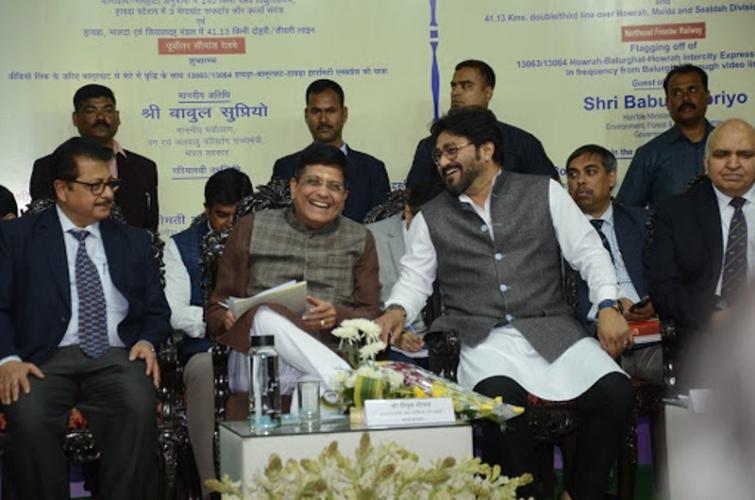 Operating a distance of six stations, Kolkata Metro will run its service in an elevated corridor between Sector V and Salt Lake Stadium stations in the first phase.

"Due to a gap of three-year, there has been a delay in the start of operations of the East-West Metro corridor. However, am happy that the services for the first phase could be started today. So far we have spent Rs. 6,500 crores on the construction of this line. In this budget also, Rs. 905 crores have been sanctioned for the East-West corridor metro project," said Goal.

"I believe that the full services of the East-West corridor of the metro will commence before the Durga Pujas this year. I am sure the services will benefit the people of Kolkata during the pujas," he committed. 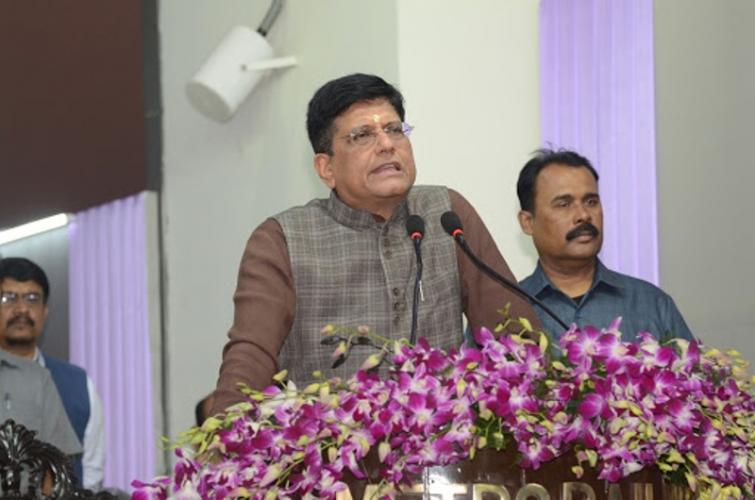 "If we get more local support to address the bottlenecks of the city, we can further improve the metro service and extend the same to people of Howrah," Goyal declared even as a major controversy broke over the issue that Kolkata Metro Railway Corporation Limited (KMRCL) did not send any invitation to West Bengal Chief Minister Mamata Banerjee. 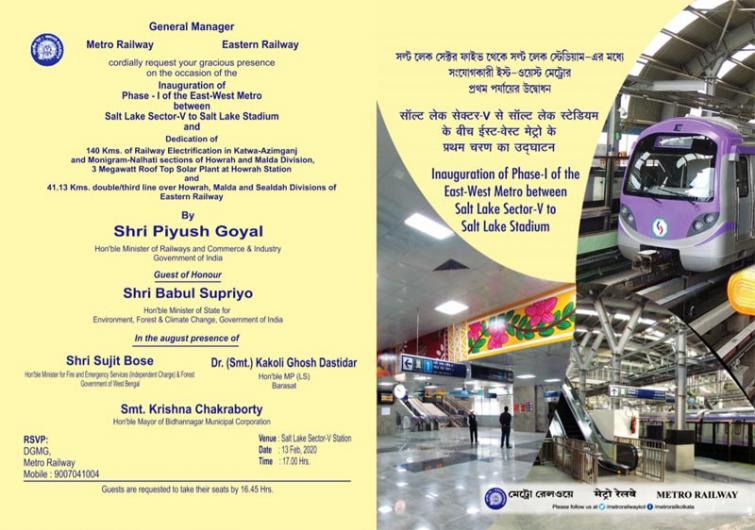 "Without getting help and support from West Bengal government, Kolkata Metro could never complete the East-West Metro project, they should have invited Chief Minister Mamata Banerjee in the event," a senior TMC leader told IBNS.

"We believe, as Mamata Banerjee has become the leading face in the anti-BJP fraternity in India, BJP ruled Central government has decided to drop the Chief Minister from the inaugural event," the TMC leader added.

Countering the TMC statement, a BJP leader said, "While inaugurating Kolkata's North-South Metro's Tollygunge-Kavi Subhas (New Garia) extension in 2009, the then Union Rail Minister Mamata Banerjee did not invite either the then Bengal CM Buddhadeb Bhattacharya or any other state minister that time."

"History repeats itself! Mamata is facing exactly the same thing today exactly what she showed others that time," the leader said.