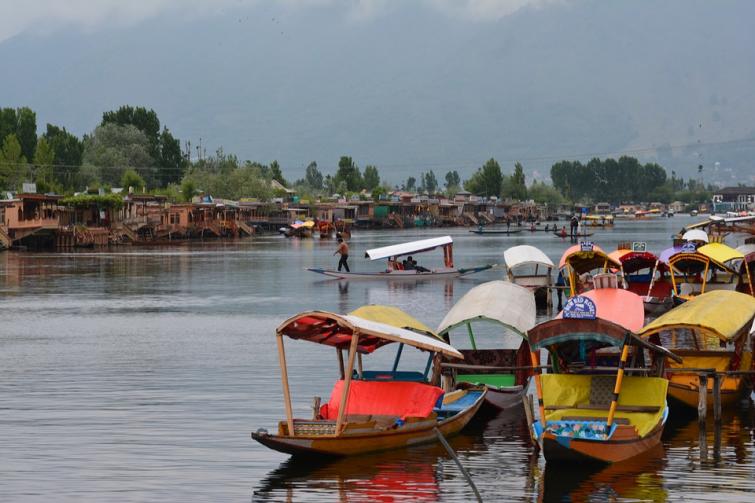 Srinagar/UNI: A 25-member foreign delegation is arriving here on Wednesday to assess the overall situation in Kashmir valley, where the Centre scrapped Article 370 and divided the state into two Union Territories (UTs) on Aug 5, 2019.

This is the third delegation of Ambassadors and Members of Parliament of different European countries visiting the Kashmir valley after August 5. However, the opposition parties have questioned the Centre's decision to allow foreign delegations when MP and other leaders of the country are not being allowed to visit Kashmir.

Official sources said that a delegation of 25 members of different European countries is arriving here on a two-day visit to Kashmir. The visit comes about a week after two former Chief Ministers Omar Abdullah and Mehbooba Mufti and several other leaders were booked under Public Safety Act (PSA).

The delegation will be briefed by the top Army and other security agencies officials about the security situation, particularly attempts being made to send more militants into this side from Pakistan-occupied Kashmir (PoK) and frequent ceasefire violations by Pakistani troops at Line of Control (LoC) and International Border (IB) in the Union Territory (UT). They will also be briefed about the development and other works being undertaken in the valley.

A number of civil society members and traders are expected to meet the delegation.

The sources said the delegation members will also visit Kupwara and Baramulla in north Kashmir tomorrow before flying back to New Delhi.

Two delegations of different foreign countries had visited the Kashmir valley since Aug 5. However, the delegations met selected members of civil society, senior Army and civil officials. A number of individuals, including houseboat owners, shikara wallas and others associated with tourism met these delegations.

Traders associations and other prominent federations members did not meet these delegations.

However, former ministers and ex legislators of different political parties, who were released from detention after they gave an undertaking not to raise the issue of scrapping of special status of the state, met these delegations. Peoples Democratic Party (PDP) later expelled the leaders who met these delegations.