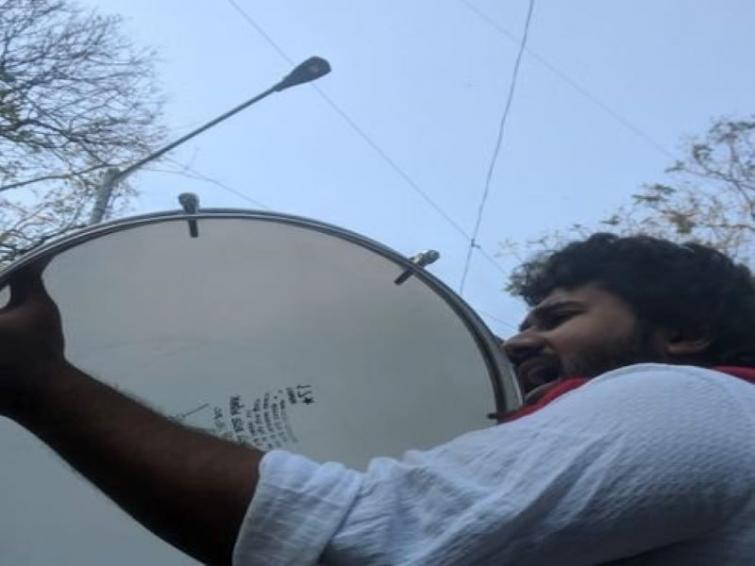 Uber driver calls police to arrest passenger for being communist

Mumbai/IBNS: An Uber driver in Mumbai allegedly called police after he overheard a passenger he was driving talk about anti-CAA protests and urged to arrest him.

The incident happened on Wednesday when one Bapadittya Sarkar took an Uber cab to travel from Juhu to Kurla around 10:30 pm. During his journey, Darkar was discussing with his friend over the phone about the discomfort of the people at the Shaheen Bagh protest in Delhi with the "Laal Salaam" slogan.

Sarkar's statement has been tweeted by an activist Kavita Krishnan.

Last night, poet @Bappadittoh had a scary episode in Mumbai, at the hands of an @Uber driver and @MumbaiPolice cops (see screenshots): a glimpse of scary India under NPR NRC CAA, where every person will be incentivised to suspect & turn in others & police can harass everyone. pic.twitter.com/OOKUB58BxK

The driver, who was listening to the conversation, stopped the cab on the pretext of withdrawing money from ATM, but moments late returned with two policemen.

The policemen asked Sarkar about the Dafli he was carrying and where he lived.

Sarkar told police that he was carrying the Dafli as he was sloganeering in the anti-CAA Mumbai Bagh protest in the city earlier in the day and he lived in Jaipur.

The driver allegedly asked the police to arrest Sarkar as he "was saying that he was communist, was talking about burning the country and making a Shaheen Bagh in Mumbai". The driver had also recorded Sarkar's conversation to prove his point.

The driver told Sarkar he should be happy that he was taken only to the cops and not elsewhere, the twitter statement said.

He allegedly told Sarkar that people like him will destroy the country and it was wrong to think that they will be tolerated.

According to the statement, the driver allegedly said to him, "You people will destroy the country and do you expect that we will sit looking at you. You should be thankful that I took you to the police station and not somewhere else."

Sarkar said he learned from the Uber driver's profile that "He drives because it allows him to study different characters and personalities".

"It was in that moment that I felt unsettled, some sense of fear set in and stayed through the night," the poet-activist said.

Sarkar said the police asked him questions like about his ideology and "the people he read", his father's salary, his source of income without a job. They also repeatedly questioned him why he was carrying the "Dafli".

At around 1 am, another activist, S Gohil, reached the police station, after which Sarkar was allowed to go.

Krishnan's tweet has received responses from Mumbai Police and Uber, whom she had tagged in her tweet.

"We have followed you. Please share the exact details of the case in DM," the police said replying to her tweet.

We have followed you. Please share the exact details of case in DM.

"We'd like to address this on priority. Kindly share the registered details from which the trip was requested," tweeted Uber India Support.

This is concerning. We'd like to address this on priority. Kindly share the registered details from which the trip was requested via Direct Message. A member from our safety team will get in touch with you at the earliest. https://t.co/1WqzzOmdKe