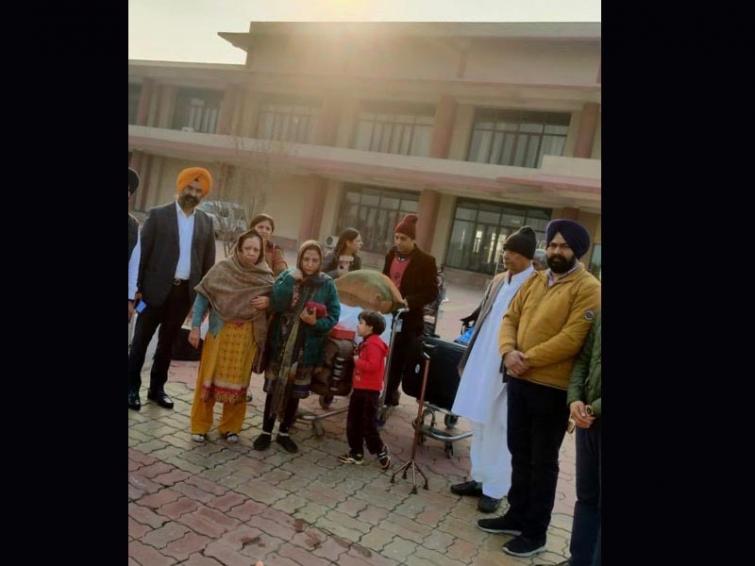 New Delhi/IBNS: At a time India is witnessing widespread criticism over the new law which aims to grant citizenship to six minority communities of Pakistan, Afghanistan and Bangladesh, nearly 100 Pakistani Hindu families, which crossed the Attari-Wagah border, are seeking refuge in India fearing religious persecution in the neighbouring nation.

The families, which reached Amritsar on Monday, said as quoted by India Today, "Humanity has died in Pakistan and they have told the Islamabad-based Indian Embassy that they want to settle in India."

The families also reportedly said they want to perform religious rites in Haridwar.

Though the Hindu families came to India with a small duration visa, they are in no mood to return to Pakistan.

While some immigrants said the situation of minorities are not favourable in Pakistan, some said they have come to perform the last rites of their relatives in Haridwar.

Akali Dal MP Manjinder Sirsa, who received one of those Hindu families at the border, tweeted, "I received one Hindu doctor family which was betrayed in Pakistan.... I urge Amit Shah to grant them citizenship soon."

In one of the recent incidents, which describes the plight of minorities in Pakistan, a Hindu girl named Mehak Kumari was allegedly kidnapped and then converted to Islam forcibly and was married to a man named  Ali Raza Machi.