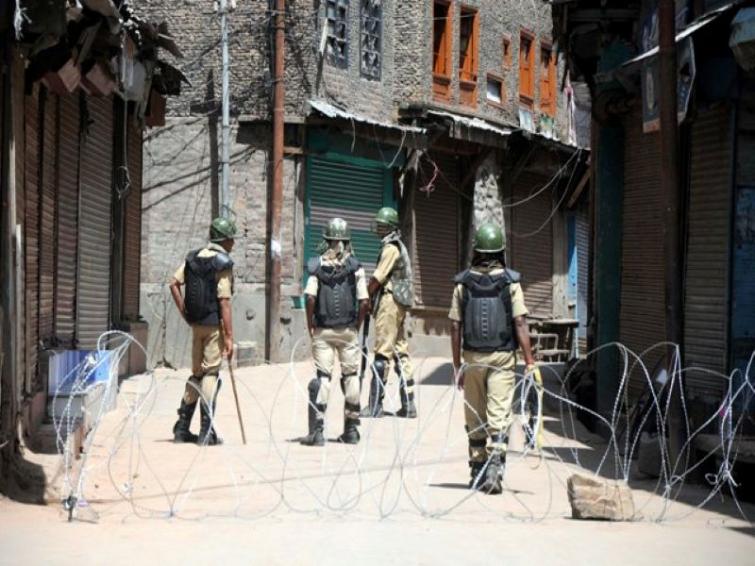 Srinagar/UNI: Two Central Reserve Police Force (CRPF) personnel and a civilian were injured in a grenade attack in Srinagar on Sunday.

Official sources told UNI that unidentified militants hurled a grenade at CRPF deployment near Partab Park, opposite Press Enclave, in the heart of the city.

''Two CRPF personnel, identified as Ravi Biswas and S K Patnayak of 171 battalion of C Company, and a civilian were injured in the blast,'' they said.

They further said that the injured were immediately taken to a hospital, where their health condition was stated to be stable.

The sources stated that the militants managed to escape during the chaos created due to the blast.

''Additional security forces have been rushed and a search operation has been launched to nab the attackers,'' they further stated.

A checkpoint have been established within the five kilometre radius of the site of blast and security forces were conducting random searches of vehicles, particularly two-wheelers, before allowing them to move forward, the sources added.