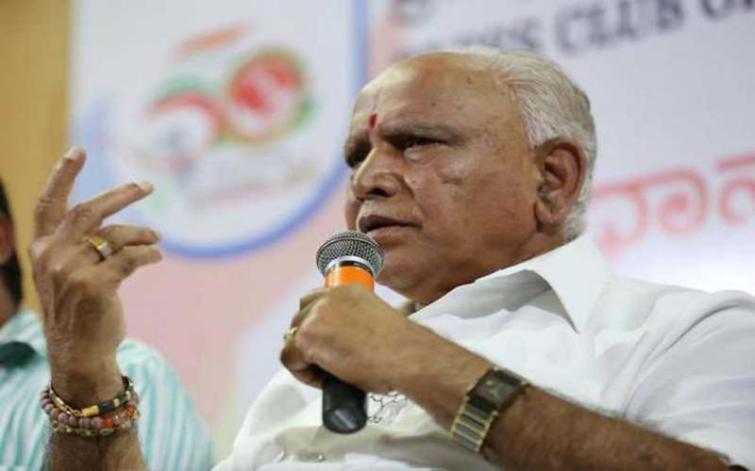 Bengaluru/UNI: The much awaited expansion of Karnataka Cabinet will take place on Friday, Chief Minister B S Yediyurappa said on Thursday.

Speaking to the media at his 'Davalageri' Residence before moving to Kempegowda International Airport for onward journey to National Capital Delhi, Yediyurappa said, "Former BJP National President and Union Home Minister Amit Shah has given time to meet me at 2200 hrs, while I will meet BJP National President Nadda at 2100 hrs to discuss about the Cabinet expansion. Meanwhile, according to availability of time I will discuss the issue with Prime Minister Narendra Modi also".

"The Cabinet expansion will take place tomorrow immediately after my return. I am 99 per cent confident of expanding the Cabinet tomorrow," he added.