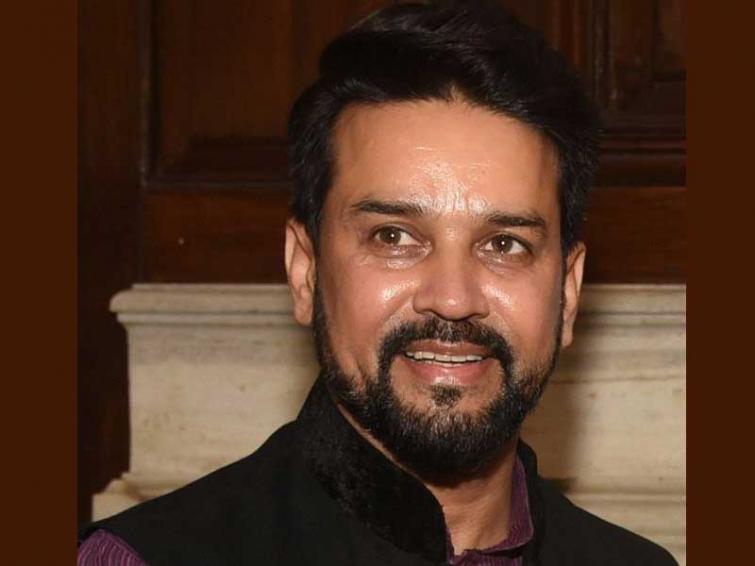 New Delhi/IBNS: The Chief Electoral Officer (CEO) of Delhi on Tuesday sought a report from the returning officer in Rithala constituency over Union Minister and Bharatiya Janata Party (BJP) leader Anurag Thakur's sloganeering where he gave a call to shoot the "traitors" while lashing out at the anti-Citizenship (Amendment) Act (CAA) protestors, media reports said.

Thakur, the Union Minister of State for Finance and Corporate Affairs, during a rally in poll-bound Delhi a day ago was heard giving slogans, "Desh ke gaddaron ko (the traitors of the country)," to which people in the crowd responded saying, "goli maaro sa**o ko (shoot them down)".

The BJP leader was holding a rally for his party's candidate Manish Chaudhary in Rithala constituency where Thakur was targetting the anti-CAA protestors at Delhi's Shaheen Bagh.

Earlier the Election Commission had imposed a 48-hour campaign ban on BJP candidate from Model Town constituency, Kapil Mishra, for his communal tweet where he had compared the upcoming Delhi assembly elections with a fight between India and Pakistan.

Delhi will go to polls on Feb 8 and the votes will be counted on 11th of the same month.