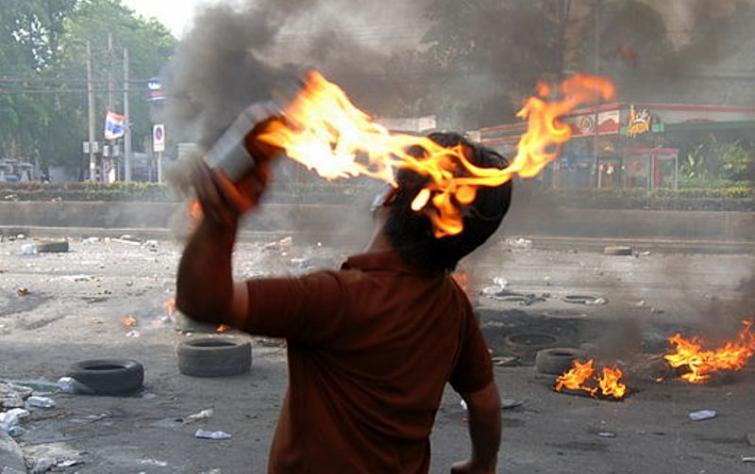 Chennai/UNI:  An alleged attempt to hurl petrol bomb at the house of Tamil magazine Thuglak's Editor S Gurumurthy was foiled by the police in Chennai city Sunday night.

Police sources told UNI that two bike borne men came to the residence of Gurumurthy at Mylapore in the city. When the police stopped them, they escaped from the scene.

Intelligence reports said they were allegedly having petrol bombs with them, but escaped from the scene on seeing the police.

However, it was not confirmed whether they were carrying petrol bomb.

This comes in the backdrop of actor Rajinikanth categorically saying that he will neither apoligise nor express regret for his controversial speech about social reformer Periyar EV Ramasamy at Thuglak magazine’s 50th anniversary event held at Chennai on January 14.

In his speech, Rajinikanth had said that Periyar has held an anti-superstition rally in which naked pictures of Lord Ram and Sita were paraded in public and garlanded with slippers in 1971.

Meanwhile, police protection was provided to the house of Gurumurthy.

Image: Wikimedia Commons. Not related to the Story