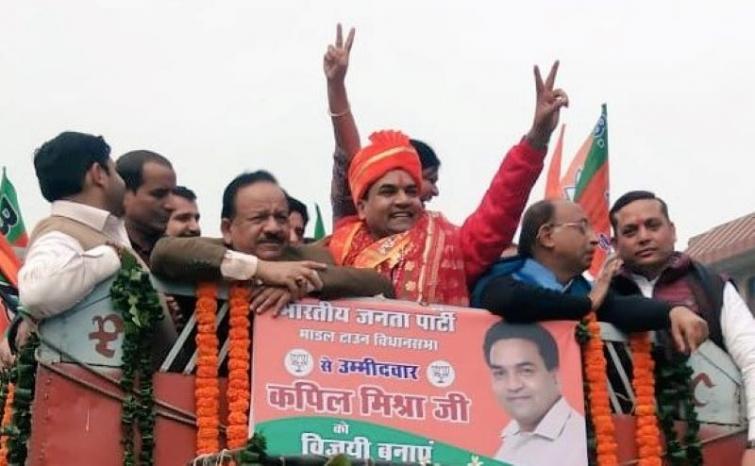 New Delhi/IBNS: The Election Commission (EC) on Saturday imposed a 48-hour ban on Bharatiya Janata Party (BJP) candidate from Delhi's Model Town constituency, Kapil Mishra, for his communal tweet where he compared the upcoming Delhi assembly elections with a clash between India and Pakistan.

The ban will be effective from 5 pm on Saturday.

Earlier the EC had asked micro-blogging site Twitter to remove the controversial tweet and later directed the Delhi Police to file a First Information Report (FIR) against Mishra. As per the direction of the EC, Mishra was served a notice by a poll officer.

Mishra had also gone on to say that Delhi's ruling Aam Aadmi Party (AAP) and Congress have created Mini Pakistans like Shaheen Bagh, the site in the national capital where several Muslim women are protesting against the Citizenship (Amendment) Act (CAA) for over a month.

Retweeting a news article which states Delhi Deputy Chief Minister Manish Sisodia is supporting the Shaheen Bagh protests, Mishra said, "AAP, Congress have created Shaheen Bagh-like Mini Pakistans. The Hindustan will rise on Feb 8. Whenever the anti-nationals will create Pakistan in India, the Hindustan of nationalists will stand up."

Delhi will go to polls on Feb 8 and the votes will be counted on 11th of the same month.

In the last state elections, the AAP had won 67 of 70 assembly seats leaving just three for the BJP.