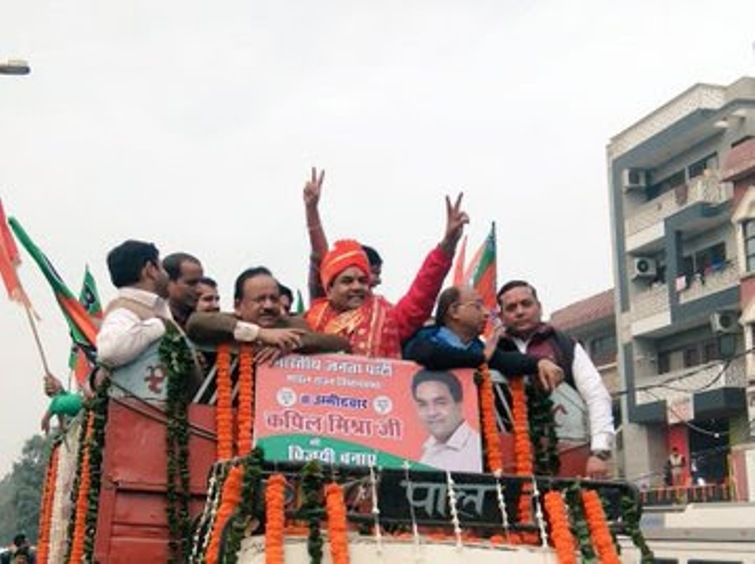 New Delhi/IBNS: The Election Commission on Friday directed the police to file a complaint against Bharatiya Janata Party (BJP) leader Kapil Mishra over an alleged communal tweet made by him against those protesting the Citizenship Amendment Act ahead of the Delhi assembly polls.

The poll body had earlier asked micro-blogging site Twitter to remove the post that called the protest areas in Delhi against CAA as "mini-Pakistans."

The EC has slammed the comment as "highly objectionable" and that it "appeals to communal feelings."

In a post in Hindi, Mishra wrote: "Pakistan is entering through Shaheen Bagh, and mini-Pakistans are being created in Delhi...Shaheen Bagh, Chand Bagh, Inderlok. The law is not followed here and Pakistani rioters are occupying the roads."

In another post, he termed the Delhi Assembly Election as "India vs Pakistan" clash.

The EC has also issued a notice to Mishra over his controversial tweets seeking an explanation.

The body stated that those tweets had the potential of "aggravating differences or creating mutual hatred or causing tension between different communities".

In response, the BJP leader has sought three days time to reply to the same.

"I don't think I said anything wrong. Speaking truth is not a crime in this country. I spoke the truth. I stand by my statement," the BJP candidate was quoted in media as saying.

39-year-old Mishra is contesting the Delhi election as the BJP candidate from Model Town.

Earlier, he was a close aide of Delhi Chief Minister Arvind Kejriwal but after a bitter split, he joined the BJP.