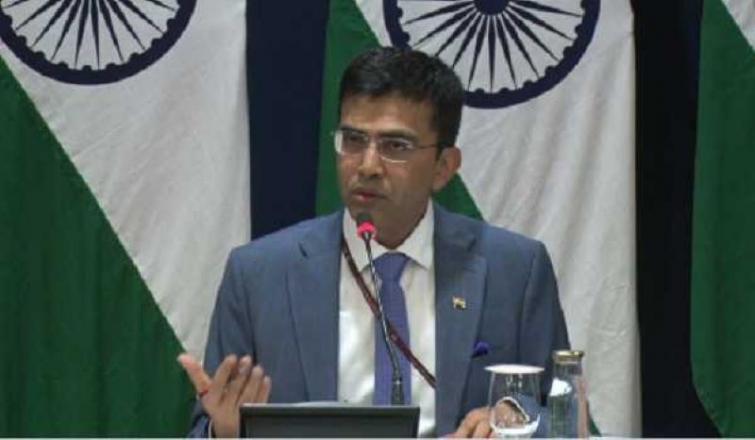 New Delhi/UNI: India on Thursday asserted that there is 'no role' for any third party negotiations on Kashmir and maintained that for any meaningful dialogue between India and Pakistan, the 'onus' is ultimately on Islamabad.

To a question on Imran Khan's statement at World Economic Forum at Davos, MEA spokesman Raveesh Kumar said: "At Davos, Pakistan Prime Minister has said certain things....There may not be any thing new in these statements and comment. His statements are self contradictory....But importantly, these also show how hatash (demoralised) he stands today".

"Let me reiterate that there is no role for any third party (on Kashmir).....If there are any bilateral issues between India and Pakistan that needs to be discussed, it should be done between two countries under provisions of Shimla Agreement and Lahore Declaration. But onus is on Pak to create such conducive conditions...," the MEA spokesman said at the weekly media briefing.

The conditions should be "free from terror, hostility and violence", he said adding only then there could be "some meaningful engagement between the two countries".

Answering questions, the MEA spokesman said: "Our position on the Kashmir issue and third party mediation has been very clear and consistent. Let me reiterate that there is no role for any third party in this matter".