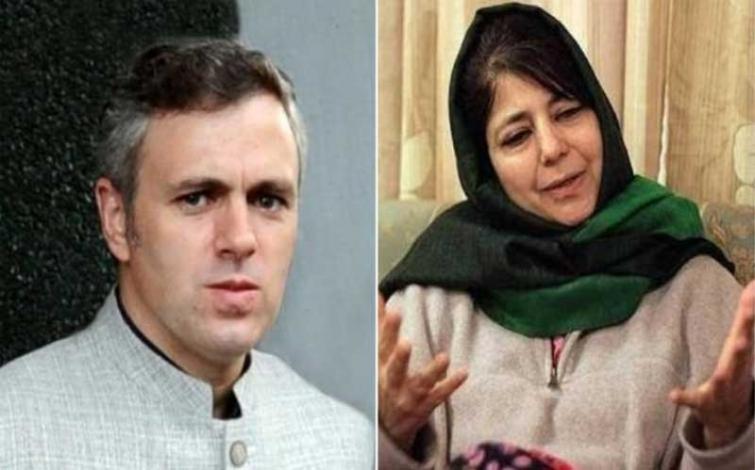 Kashmir: Three former-CMs, over 20 other leaders remain under detention

Srinagar/UNI: There was still no relief for three former Chief Ministers and over 20 other leaders of mainstream political parties, including ex ministers and legislators, who remained under detention since August 5, when the Centre scrapped Article 370 and bifurcated the state into two Union Territories (UTs).

Three former CMs—Dr Farooq Abdullah, his son Omar Abdullah and Mehbooba Mufti-- are under detention on Thursday, when a group of central ministers are visiting Kashmir under an outreach programme.

Over 50 ministers were scheduled to visit different parts of the UT Jammu and Kashmir though only five will visit Kashmir.

The other leaders who are under detention included former minister and legislators, including Nayeem Akhter, former IAS-turned politician Dr Shah Faesal and Sajjad Gani Lone.

Over 40 leaders of mainstream political party leaders were detained on August 5. However, over 20, including former ministers and legislators, were released after they assured the authorities that they will not raise the issue of special status of the state. These leaders, after their release, are now raising the issue of providing basic facilities to people in the valley.

Meanwhile, internet service, including broadband, remained suspended since August 5. Students who had appeared in class 12the examination had to see their results in Board of School Education (BOSE) at Bemina in Srinagar since no internet was available. ''We are back in 90s when students were confirming their results only in Gazettes when there was no internet,'' students said. Some of the students had to come from different districts and far flung areas to confirm their result in board office.

Media persons, students, doctors, traders and other professionals continued to suffer in the absence of internet.