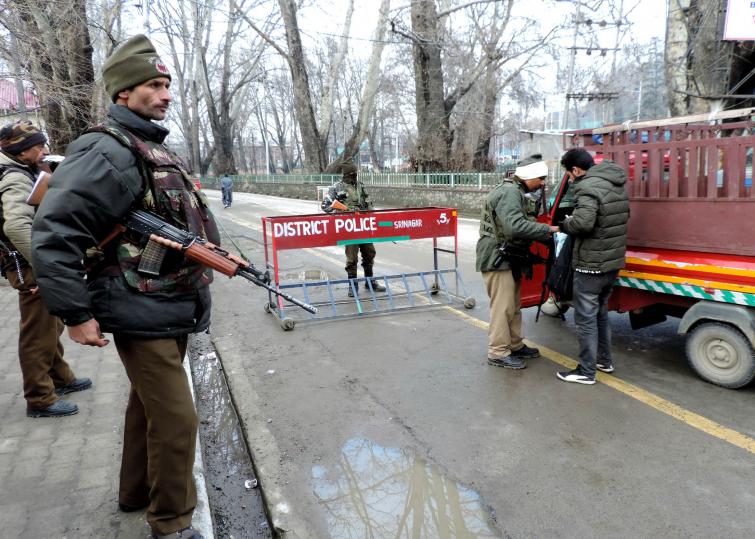 Jammu and Kashmir: Two JeM militants, as many soldiers killed in Pulwama encounter

Srinagar/UNI: Two Jash-e-Mohammad (JeM) militants and as many soldiers were on Tuesday killed in an encounter which ensued during a Cordon and Search Operation (CASO) in the south Kashmir district of Pulwama, official sources said.

They said on a tip-off about the presence of militants, troops of Rashtriya Rifles (RR), Special Operation Group (SOG) of Jammu and Kashmir police and CRPF launched a joint search operation at village Zantarag, Khrew, in Pulwama district today.

However, an encounter ensued after security forces came under fire from militants, they said, adding that additional security forces were rushed to further cordon the area.

''Two militants were so far killed in the exchange of fire,'' they said, adding the body of the militant has not so far been recovered.

Two security personnel were also injured in the crossfire, they said, adding the wounded were immediately taken to a hospital where they succumbed. “The operation was still going on when the reports last came in,” they added.

Three militants of Hizbul Mujahideen (HM) were killed by security forces in an encounter in south Kashmir district of Shopian on Monday.